How can I stop nuisance cold callers phoning my house in France? 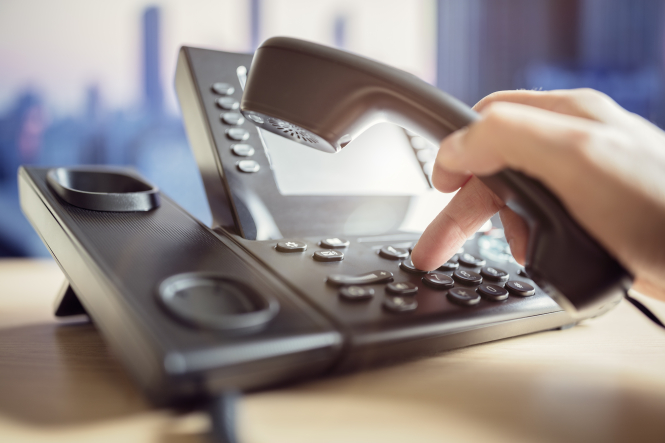 There is legislation in place in France which aims to reduce the number of cold calls that people receive. Pic: Brian A Jackson / Shutterstock

People living in France can in theory avoid cold calls by signing up to the government’s Bloctel service, although there have been many reports of people still receiving such calls after subscribing.

Bloctel is a list of numbers that should not be contacted by businesses or other professionals, unless they have an “ongoing contractual relationship” with the person who owns the phone number.

You can sign up to Bloctel for free online. Click ‘vous êtes un consommateur,’ ‘inscription’ and ‘démarrez votre inscription’ after which it will ask you to enter your details.

You will then be sent a confirmation email that will ask you to verify your subscription. Your number will only be added to the list after you have done this.

If your number is added to the Bloctel list, you should stop receiving calls from companies and third parties within 30 days, apart from in a small number of cases.

For example, you may still be contacted by public services, survey bodies, and charities if you have previously shared your number with them.

Bloctel also imposes rules on companies and individuals, who can only contact people if they begin by clearly stating their identity or that of the organisation they represent, as well as the commercial nature of the call.

Bloctel was introduced in 2016, and it is estimated that 3.7 million people in France have since signed up for the service.

However, a study of 12,000 people published in 2017 by consumer organisation UFC-Que Choisir found that 82% of respondents were still receiving the same or nearly the same number of cold calls.

The centre-left parliamentary group, Ecologie, démocratie, solidarité called for further legislation to control cold calling in May 2020. It claimed that since the beginning of 2018, 200,500 people on the Bloctel list had reported that they were still receiving unsolicited calls.

The French Sénat states that only 700 companies have complied with Bloctel rules and withdrawn listed numbers from their phone book. Around 1.4million reports of unauthorised sales calls have been made by 280,000 people since the scheme began.

In July 2020, consumer organisations successfully petitioned for a law that forbids companies and individuals from making calls to offer eco-friendly home renovation services, which had become increasingly common in previous years.

Professionals from other sectors may not be banned from cold calling, but the law states that “a decree [will] determine the days and times that, as well as the frequency with which, sale calls can take place”.

The government has proposed that unsolicited calls may only be made between 09:00 and 19:00 on weekdays, with an hour’s lunch break, and between 10:00 and 18:00 on Saturdays, with a two-hour break for lunch.

Consumer organisations have deemed this “a veritable harassment permit”, insisting that the government should “impose intransigent rules that would guarantee the peace and quiet of consumers”.

One such association, Force ouvrière des consommateurs, has demanded “a reversal of the system whereby sales calls would be banned by default without prior permission from the consumer”.

This means that they want consumers to be able to ‘opt in’ to calls, rather than being forced to ‘opt out’.

What can I do if I get a fraudulent sales call?

France: Law against phone cold calling in place from today
Law to tackle France's nuisance cold-call problem not enough
Scammed by a UK firm while in France - can I get money back?