How can energy firms help with home renovations? 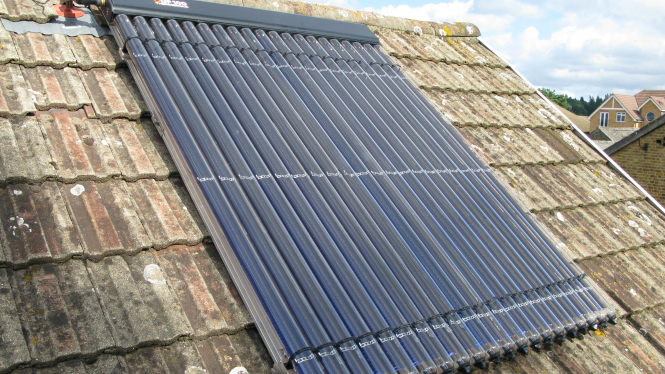 Along with other schemes such as an interest-free eco-loan or green tax credits, the Certificats d’Economie d’Energie (CEE) are one of the schemes aimed at encouraging people to make their homes more energy-efficient.

This can allow you to obtain money from one of the energy companies (EDF, Direct Energie etc) known as une prime énergie. However, if also taking advantage of the crédit d’impôt for the same work you should deduct the value of the prime from the expenses declared on your tax return.

Energy suppliers are obliged by the government to obtain a set number of CEE, which prove they are encouraging people to be energy-efficient in their homes. They are fined if they do not.

This can help homeowners because having work of an approved type done by an accredited workman (work must be done by an artisan with RGE accreditation) means you gain the right to CEE which can be ‘sold back’ to an energy firm, which in return gives you money towards the work done.

In practice you make an agreement with the firm to cede your certificates to them in return for them subsidising the work in your home with a prime énergie.

You can own or rent the property concerned as your main or second home (or it may be a home your rent out) and it must have been built for at least two years.

To find out more you could speak to your energy company (or one of the others) and/or go directly for a quote to an artisan with the RGE (reconnu garant de l’environnement) label. The latter is required for work eligible for a prime énergie.

The website http://renovation-info-service.gouv.fr/ can help you to find an artisan (click: Je cherche un professionnel RGE) or to speak to an impartial advisor who can tell you more about the CEE scheme and other ways to save money on renovations (click: Je prends contact avec un conseiller).

You must make contact with your chosen firm before you formally agree with the artisan to do the work (ie. by signing their devis), because they must be able to prove they had a role in encouraging you to do it.

At EDF, for example, the required first step is making an online account at this link and receiving from them a lettre d’engagement letter promising a prime once your planned work is done.

An EDF spokeswoman said the amount of money available varies according to the nature of the work, the geographical area and the client’s income, but it is linked the estimated amount of energy savings the equipment will produce. It is not directly related to the amount the artisan chooses to bill for it.

To be eligible the work must meet certain technical specifications (of thickness and quality of material, for example, for insulation), but the artisan should be familiar with these.

A simulator (based on making your own application for a prime) is available at this link.

As an example: if you live in the Ain in a detached house, heated by gas (combustible), and you choose to insulate your loft (combles), and will need 100m2 of insulation, you may obtain a prime of €874 from EDF.

Amounts can be significantly increased for households on relatively low or very low incomes – in which case in the final step on the simulator click ‘yes’ under Souhaitez-vous tester votre éligibilité au bonus de la prime d’énergie (you will have to insert details including the number of people in your household and the revenu fiscal de référence from your last avis d’imposition income tax statement). In the example above, if it was for a couple with income of €20,000/year the prime would be €2,070, or at €25,000/year it would be of €1,035.

In the case where the client makes their own application for a prime, they pay the full bill themselves and then the energy firm sends them a cheque once the work is done and paid for.

The EDF spokeswoman said an alternative solution if using one of their own partner artisans (called Partenaire Solutions Habitat) is for the artisan to take charge of the process and make a direct reduction from their bill linked to the CEE.

However she said in this case the amount of the reduction can vary from artisan to another and is not precisely comparable to the prime d’énergie estimates quoted above. She said one advantage is it is simpler because the artisan takes charge and there is less administration for you.

Direct Energie's commercial director Mathieu Richard said their firm currently has an offer for insulation (walls, loft space or floors) whereby an entire insulation job, which costs them on average €1,500, is done for a symbolic one euro fee. He said you need to use an RGE artisan selected by the firm, who will fill out the paperwork.

He said in the north of France this typically allows people to save 30% off their energy bills. People can enquire further on CEE@direct-energie.com 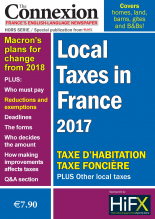 Local Taxes in France 2017 (PDF version) - 20 pages *Print version SOLD OUT*
Featured Help Guide
Local property taxes are the largest French tax expense for many people who move to France or buy a French holiday home. The amounts levied vary around the country and from year to year and also according to changes in your circumstances.