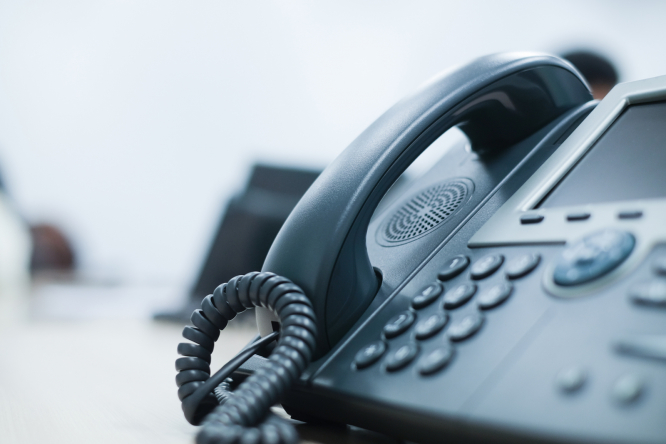 The government’s anti-cold call list Bloctel is said by many to be ineffective, but there are certain phone tricks, including setting up a special ringtone, which can help deter sales callers. Pic: chainarong06 / Shutterstock

Several Connexion readers have reported that Bloctel – the list of numbers to which households can add themselves to supposedly opt out of cold calls – does not work well in practice.

One said: “Bloctel is useless. I rarely answer the phone now,” while another added: “Our number has been registered since 2016 but despite that, we get several calls most days, and tend to leave the answering machine on and only pick up for numbers we recognise, or are local.”

However, several of our readers have also shared their advice for avoiding and deterring cold callers:

“Ask them if they can speak English. They immediately end the call and the calls dry up.”

“Tell them you are a locataire, which means you rent and don't own”

“If anyone asks me if I am the propriétaire (owner), I hang up!”

“We have an answer machine that we have set to respond in English. [They] rarely get past the first few words before they hang up.”

“I have set my phone to a different ring if it is a number that is not in our phone book. That way I just let it go to answerphone and if it is something important they can leave a message. We get lots of calls, sometimes late at night.”

“I now answer the phone either [saying] “this is the telephone number for calling the local gendarmerie” in English. Si vous êtes francophone, merci d'appeler la gendarmerie [If you are French-speaking, please call the gendarmerie]. Amazingly the two methods work quite well and the caller normally rings off.”

“I now only answer my phone after the fourth ring, by which time most have hung up! As a good number of calls are made from a "09" number I sometimes ring them back because I am unsure whether it is someone I know. Never ever is it someone who really wants to talk to me, I either get a busy signal, hear music, or ‘all our lines are busy’.”

One reader said that his BT call blocking phone also works in France.

Finally, another reader said that signing up to their phone operator’s red list (liste rouge) 22 years ago had completely done away with their cold caller problem.

Anyone with a landline number is automatically added to the phone directory, but you can request to be removed by France Télécom or your internet provider if you are on a phone and internet package.

You can also sign up to the orange list (or liste anti-prospection) whereby you agree to have your number in the phone directory but prevent it being added to contact lists created for commercial purposes.

If you have signed up to Bloctel but continue to receive sales calls, you can report them through the service’s website, as long as you have made a note of the date and time of the call, as well as the name of the individual or company who contacted you.

The French anti-fraud department, Direction générale de la concurrence, de la consommation et de la répression des fraudes, will then be informed and attempt to address the issue, although it is unclear how many complaints are successfully tackled.

You can also reduce the likelihood of receiving sales calls by refusing to share your phone number when buying something online or signing up for a service. There will normally be a tickbox seeking permission to contact you over the phone, which you can leave blank.

Legislation to combat the problem

In July 2020, consumer organisations successfully petitioned for a law that forbids companies and individuals from making calls to offer eco-friendly home renovation services, which had become increasingly common in previous years.

However, the consumer group, Force ouvrière des consommateurs, claims that this is not enough and has called for a “default ban” on sales calls, which would allow people to opt in for calls rather than having to opt out.

France: Law against phone cold calling in place from today

cold-calling
More from Your Questions
More from Connexion