What are the rules on solar panels on Canal du Midi properties? 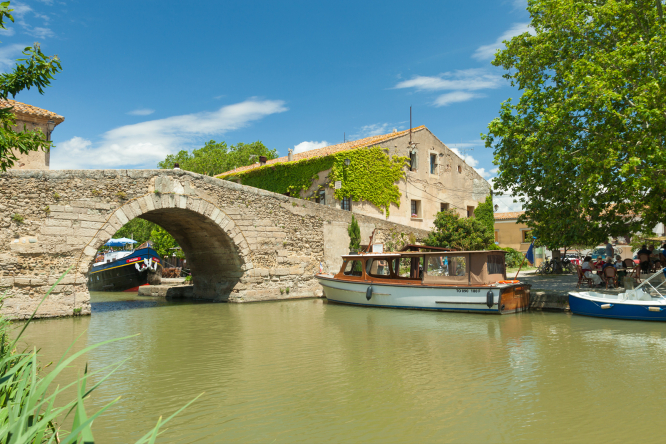 There are strict rules on solar panels on the roofs of homes near the Canal du Midi in the south of France Pic: paul prescott / Shutterstock

Reader question: We live near the Canal du Midi and have a south-facing roof suitable for solar panels. We have been told we cannot do it for planning reasons due to the heritage significance of the canal. Is it true? Is this really more significant than helping against climate change?

Unfortunately, yes, there are strict rules on solar panels on the roofs of homes near the Canal du Midi, which is Unesco World Heritage-listed for its cultural, scenic and historic interest.

In the sites classés, which consist of “emblematic scenery directly linked to the canal”, the general principle is keeping everything as it is.

There is then a zone sensible (sensitive zone), which includes spaces in direct mutual view of the canal, and finally zones d’influence, which extend to the limits of all territory that can be seen from the canal.

The rules, as set out by the Midi- Pyrénées prefecture, say that projects for installing panels on house roofs must be “carried out with great care when they can be seen from the canal”. For example, you should try as much as possible to choose siting and types of panels that will be inconspicuous, minimising a shiny effect when seen from the canal.

The rules add, however, that panels are “not compatible with the aims of the sensitive zones”, and are only considered by planners for sites in the zones d’influence.

According to the prefecture, these rules are needed because the canal has a “perfect coherency and harmony between constructions and the countryside it traverses”.

It says it seeks to avoid “making its surroundings banal” due to planning pressures and “compromising its universal value”.