What is the difference between 'auto/micro-entrepreneur' in France? 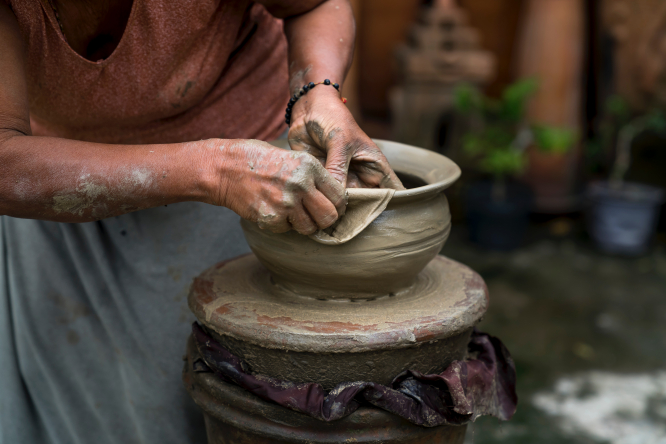 'The term auto-entrepreneur was coined in 2008 and was created to be an especially simple version of the micro-entreprise, with social charges levied directly' Pic: Quang Nguyen Vinh / Pexels

Officially, there is no difference. If you start a small business, and do not wish to establish a company with other partners, you have two options for the set-up – each with different implications for the tax and social charge regimes.

The more complex is the régime réel, which involves VAT, keeping all your expenses receipts, and usually using an accountant to help with your tax declaration and records.

For firms under certain income thresholds, the micro-entreprise is the other option, involving simpler systems of declaration and payment for income tax and social charges.

In the past, both set-ups would have just referred to themselves as travailleurs indépendants, or commerçants, artisans, professionnels libéraux... depending on sector.

The term auto-entrepreneur was coined in 2008 and was created to be an especially simple version of the micro-entreprise, with social charges levied directly, on a monthly or three-monthly basis, at a set percentage of actual money received. A similar system for income tax was optional.

Set-up was also simplified for the auto-entrepreneurs and put mostly online and the idea of creating your own small business, especially as a top-up income, was widely publicised and encouraged. Since a 2016 reform, however, there is now no difference, as the systems for the ordinary micro-entreprise and autoentreprise (entreprise refers to the firm, entrepreneur to the person) were merged.

The change is, for example, confirmed in this year’s official “brochure” of income tax rules, which states: “Since 2016, the ‘auto-entrepreneur’ has become the ‘micro-entrepreneur’.” However, in practice, it did not catch on, with many people continuing to use the previous term.

There is still a body called la Fédération des Auto-Entrepreneurs (though it recently added ‘et des Micro-entrepreneurs’ to its full formal title) and a Union des Auto- Entrepreneurs. Even the main micro business set-up website hosted by social charges collection body Urssaf is still called autoentrepreneur.urssaf.fr and the body itself still emails those in the scheme saying “vous êtes auto-entrepreneur...”.

It may be that after eight years people were used to the term. Perhaps too it is seen as more positive, stressing self-reliance, as opposed to smallness, as auto comes from the Greek for ‘oneself'.

15 hours ago
3
Visitor visa for France: How do we prove we own our second home?

Vendors in France warned ‘hidden defect’ clause not always guaranteed
24 October 2021
More from Your Questions
More from Connexion
Get news, views and information from France
Join the newsletter
Subscribe to The Connexion