Where internet broadband speed is best in France 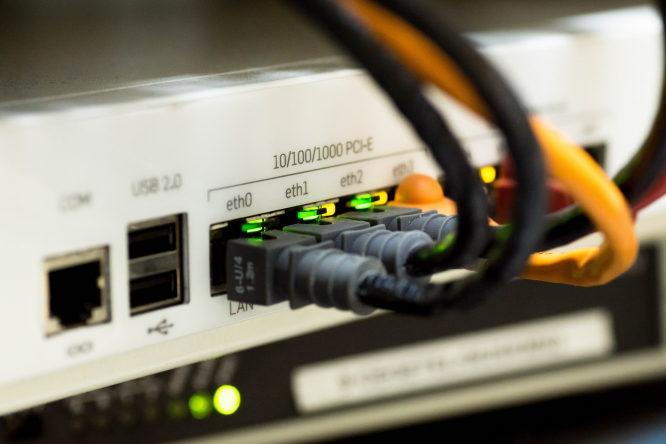 This is a timely question as today (September 3) the French government announced details of its planned €100billion economic stimulus package and, part of that (€500 million) has been earmarked for improving digital infrastructure, notably superfast broadband.

Slow internet speed is a common problem in France, particularly in rural areas. The general rule, though, is that all major cities will have access to superfast broadband, most likely fibre optic.

France’s regulatory authority for electronic communication, Arcep, has created a map that is available online and shows the rollout of fibre optic broadband in France.

Arcep has also created a tool that allows you to search for an address, neighbourhood or commune to see the theoretical maximum broadband speed in that area.

The below map shows broadband speeds in all of mainland France. Yellow denotes the areas where it is possible to have speeds of over 1Gbs, while the darker colours denote slower speeds.

In 2013, France launched the Plan France Très Haut Débit 2013-2022 (PFTHD) which aims to provide the whole of France with access to broadband speeds of 30Mbs or more by 2022, of which 80% should be supplied by fibre optic.

In addition, French President Emmanuel Macron announced in 2017 that he wanted every household to have a broadband speed of over 8Mbs by the end of 2020.

The government is still attempting to meet that target, but by the end of this year an additional 3 million households should have access to superfast broadband, French-Property reported.

Today, 61% of French households have access to speeds over 30Mbs. The European average for this speed is 80%.

Professor Pierre-Jean Benghozi, who is leading a team of experts in carrying out a socio-economic analysis of the PFTHD, said that the ambitions enshrined in the plan aim to “strengthen the fabric of French companies, encourage the emergence of world leaders, but also to ensure that all players in the economy make digital technology their own.”

In the first report by the analysis team, published August 11 this year, it states that at the end of 2019, 45% of households in France could be connected to fibre optic internet, or, 16.7 million households.

The total cost of the PFTHD has been estimated at €21 billion. The share of public investment is estimated at between €13 to €14 billion, of which a part of is financed by local authorities, while €3.3 billion will be financed by the national government.

“The plan aims to cover 100% of the population with superfast broadband by 2022, 80% of which by means of fibre optic. While the first objective is uncertain, the second is simply an illusion,” the report stated.

“Indeed, our study shows that the current deployment of networks would only make it possible to achieve in 2035, i.e. 13 years behind schedule.”

The report also noted that in 2017, 11.1% of consumers (or 7.5 million people), were not able to access quality internet, with the problem mainly affecting the smallest communes in France.

Since then, the French government has admitted that it will have to take a mixed approach, involving using different technologies such as fixed 4G mobile data, in order to reach its target of connecting all households to internet speeds of over 30Mbs by 2022.

Mr Macron said in a 2017 speech: “Fibre [optic broadband] will not be installed everywhere, down to the last kilometre of the last hamlet.”

Read more about internet in France:

4G coverage for French communes with no reception delayed

France will have 30MB/sec internet for all by 2022