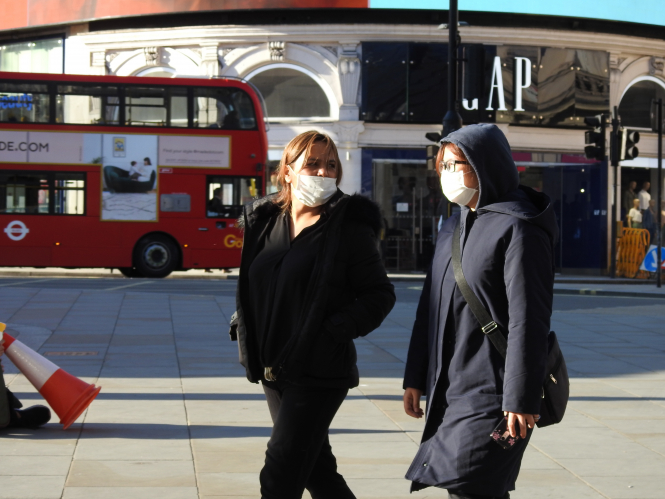 Reader question: We’re currently in the UK due to a family bereavement and have just seen the news that Morocco isn’t allowing UK inbound flights into its airspace because of the high Covid rates. We’re due to return to France via the tunnel on October 31. Any views on whether we should be getting nervous?

The UK is reporting around nine times more daily Covid cases than France on average, and has detected a new, potentially more transmissible sub-strain of the Delta variant.

This has led some people who plan to travel between the two countries in the coming weeks and months to worry about stricter rules being imposed by France.

For several months in late 2020 and early 2021, visitors from the UK could not travel to France unless they had an essential reason for doing so, with few options on the list besides having the right to live or work in the country. Residents of France, however, have never been banned from returning home.

More recently, France has become very focused on vaccination status, and fully-vaccinated visitors can currently come from anywhere in the world without an essential reason.

There have been no reports in the French media or by the French government as yet about potential new travel rules.

France has established a traffic light system to simplify its Covid-related travel rules, with countries defined as red, amber or green depending on the spread and nature of the virus in each country. The colour-code status mostly affects unvaccinated visitors.

The UK is currently classed as amber.

France updated its lists in early October and moved several countries from its red list to its amber list. The UK’s status did not change. This suggests France is not yet considering introducing stricter rules for the UK.

In addition, recent comments from France’s tourism minister suggest France is preparing to welcome tourists from the UK for the annual ski season.

Jean-Baptiste Lemoyne said on Tuesday (October 19) that with Covid cases rising in the UK, a health pass may be required to access ski lifts at resorts this winter.

The UK is an important market for France’s ski resorts, and Mr Lemoyne said that “the (health) pass is what will allow them to stay open no matter what happens”.

“We are seeing that in the UK, the infection rate is very high. In France it is also rising slightly. The ski industry wants assurance that it will be able to remain open,” and that could necessitate the introduction of “a health pass [obligation],” he said.

This suggests that, currently, France is not intending to prevent people in the UK from entering the country this winter, but rather to make sure those who do enter are either vaccinated or have recently tested negative for Covid.

France has classified all countries and territories as either red, amber or green.

Despite this, the rules are the same for all travellers who are fully vaccinated against Covid with a vaccine authorised in France, regardless of which country they are travelling from.

The vaccines authorised in France are: Pfizer-BioNTech, Moderna, AstraZeneca and Johnson & Johnson (Janssen).

In order to enter France, fully vaccinated travellers only need to present proof of their vaccine and fill out a form pledging that they do not have Covid symptoms and have not been in contact recently with someone with Covid symptoms.

It means that even if the UK is moved to France’s red list, fully vaccinated travellers arriving from the UK will not be affected.

This is the case, for example, for travellers from Brazil, which is on France’s red travel list. People there who are fully vaccinated with a France-authorised vaccine can enter France with just their vaccine proof and the promise they do not have symptoms, the same as someone travelling from a green-listed country.

The rules are stricter for non-vaccinated travellers, with people travelling from amber and red-listed countries having to provide an essential reason to enter France and also having to self-isolate on arrival.

Read more about France’s travel rules here: Covid-19: Rules for travel to and from France

It should be noted that France has in the past made certain exceptions to its travel rule system. For example, non-vaccinated travellers entering France from the UK have to provide proof of a negative Covid test taken within 24 hours of departure, whereas travellers from most other amber countries have 72 hours.

It means that it is not unknown for France to introduce country-specific rules, and it could do so again if the government deems the UK’s Covid situation to be too dangerous.

Both the UK and France have comparable populations, with roughly 67 million people in each country.

In terms of deaths, the UK is recording an average of 136.3 Covid-related deaths per day, and France is recording 28.

The number of daily Covid cases being recorded in France has begun to creep up slightly in the past week, but the overall rate is still very low.

A new sub-strain of the Delta variant, called AY.4.2, has been detected in the UK. Experts say that it could be 10 to 15% more contagious than the original Delta variant.

However, François Balloux, director of the Genetics Institute at University College London, said that the UK’s high case rates can not be attributed to this new sub-variant alone.

“As AY.4.2 is still at fairly low frequency, a 10% increase in its transmissibility could have caused only a small number of additional cases,” he told British newspaper the Independent.

“As such, it hasn’t been driving the recent increase in case numbers in the UK.”

This sub-variant has only been detected in a few instances outside of the UK, including in Israel, the US and Denmark, and not at all in France.

A UK government spokesperson said that the sub-variant is being monitored closely and that “we don’t hesitate to take action if necessary”.

France’s government has yet to give comment on the sub-variant.

How is France tracking variants?

France launched in January 2021 a new project to track the spread of Covid variants, called EMERGEN.

The project aims to chart variants of Covid in the country by sequencing positive Covid tests to see the exact genetic makeup of the sample, therefore enabling scientists to see exactly what variant the sample is.

A recent study has shown that the Delta variant is now by far the majority variant in France.

Alongside sequencing, France is also using a technique called screening (criblage, in French) to track variants. This is where certain tests are sent off and analysed for specific mutations.

You can read more about how France is tracking variants of Covid in our article here.

France is currently offering booster Covid jabs to over 65s, vulnerable people, medical professionals and some other groups of people. See more here.

No final decision has yet been made on whether France will roll out booster Covid doses to the general population.

The UK has also begun a booster jab rollout campaign for target groups, offering an extra dose to over 50s and health and care workers and the most vulnerable.