What's On in January 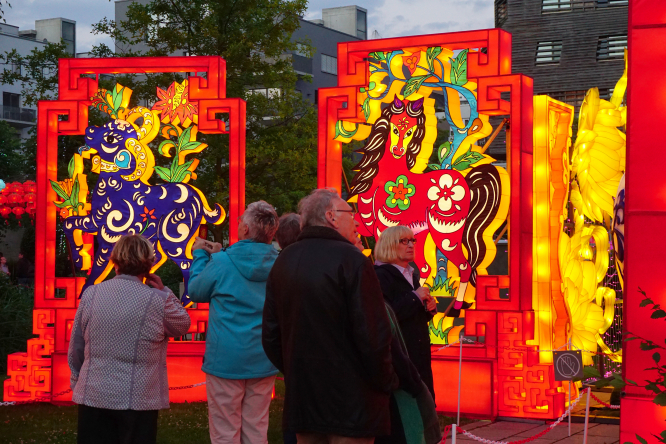 Monte Carlo International Circus festival, until January 28
For the 42nd time, the glitz of the Riviera is the natural home for what is dubbed ‘the largest and most prestigious circus event in the world’. Organised and presided over by H.S.H. Princess Stéphanie of Monaco, the festival not only entertains the crowds with family-friendly spectaculars but also sees the awarding of the most respected prize in the circus world, the “Golden Clown”.
www.montecarlofestival.mc

From practising equestrians seeking expert advice and the chance to browse and buy the latest equine-related products (250 exhibitors will be present at the Parc d’Expo d’Avignon), to those horse lovers who simply enjoy the spectacle of expert riding, Cheval Passion is the must-see event of the New Year. The live riding shows enjoy a fine reputation and the atmosphere at the Equestrian Cabaret and Bodega (bar with tapas) is truly festive, while the gala of the Golden Mane showcases the most talented artists – horses and riders – of the moment. Every year sees a bespoke show performed for the first time. 90 hours worth of shows will be laid on over the weekend while among those wowing the crowds in 2018 will be the Cavalry of the Republican Guard and Calixte de Nigremont.

Building on the success of the first event in 2017, this year’s Reading Night in bookshops and libraries aims to strengthen links between those involved in books and reading, such as booksellers, authors, publishers, schools and local associations. The aim is to promote the pleasure of reading and a taste for discovery via readings and other events – a great way to learn French and make friends.

Truffle Festival, Sarlat, Dordogne, January 20-21
This sensory celebration (sight, taste and smell!) by the Groupement des Producteurs de Truffes du Périgord Noir and the city of Sarlat draws gourmand visitors from all over Dordogne and beyond. Explore the market featuring fresh truffles and truffle-infused products, watch top chefs rustle up regional dishes or create some yourself.
sarlat-tourisme.com

Charles Aznavour, on tour, January 20–February 6
Still entertaining fans at the ripe age of 93 and buoyed by having his name and star added to the Hollywood Walk of Fame in August 2017, one of France’s most iconic and beloved chanteurs hits the road for a selection of French dates. Catch the She singer, who has sold more than 180 million records, in Lyon, Marseille, Bordeaux, Toulouse, Nantes and Lille.
www.charlesaznavour.com

Jean-François Millet au Palais des Beaux Arts, Lille, until January 22
In the first major retrospective devoted to him in the West since the 1975 exhibition at the Grand Palais in Paris, the career arc of the painter of L’Angélus – one of the world’s most recognised works – is explored in a exceptional collection of loans from major public and private collections from all over the world. A sister exhibition will look at how the artist’s work was embraced by, and influenced other artists in, the United States.
www.pba-lille.fr

Aude, Portraits of a Landscape, Carcassonne, until January 26
It was a clever idea by Aude’s Council for Architecture, Urbanisme and Environment (CAUE) to invite local residents to take photos of the landscapes around them. The resulting entries form the first part of this new exhibition, with the best 15 photos on display at its Carcassonne HQ. The second half displays the CAUE’s own landscape images, taken by professional photographer Thierry Girard.
www.caue-lr.fr

Antiques fair, Bordeaux, January 27–February 4
Now in its 44th year, this gathering of antiques dealers has not only a national but also an international reputation. Over 100 professional antiquaires and gallerists display items for sale dating from ancient Greek and Roman times to the 20th century. There is a section dedicated to contemporary art too.

In ancient China, it was believed that the spirits of the sky could be seen to fly in the light of the first full moon of the new year. Over time, the search for these spirits using hand-held torches became the “Lantern Festival” which is celebrated today in temples and parks, with lanterns of all colours and intricate designs. This year a major one is taking place for the first time in Gaillac’s (Tarn) Parc Foucaud, where each evening landscapes, characters and scenes, some up to 10 metres high, entirely made of silk, come alive...
festivaldeslanternes-gaillac.fr

Les Visiteurs de Versailles, 1682-1789, Versailles, until February 25
French and foreign travellers, princes and ambassadors, artists, writers and philosophers, architects and scholars, tourists of the “Grand Tour”, all came to Château de Versailles from the second half of the 17th century to the Revolution. This exhibition, through more than three hundred painted and sculpted portraits, court costumes, tapestries and porcelain, will illustrate what travellers discovered when they arrived at the chateau.
en.chateauversailles.fr

Six Nations rugby, Paris, February 3
European national rugby hostilities resume as the ever-popular spring tournament kicks off at Stade de France. The host country welcomes Ireland, whom they beat (as well as South Africa) in the recent bid to host the 2023 Rugby World Cup. Last year the French finished third behind Ireland, who dashed England’s Grand Slam hopes with a 13-9 victory on the final day. France next play Scotland away, are at home to Italy, then home to England lastly away to Wales.
billetterie.ffr.fr

Prix d’Amérique, Vincennes, February 3
Designed to honour the United States’ commitment in the Great War, the Grand Prix d’Amérique is the most famous trot (harness trotting) race in the world. It takes place at the Vincennes (Val-de-Marne) hippodrome where, since 1920, it has welcomed the world’s 18 best trotters over a distance of 2,700 metres. This year the riders and steeds will be competing for a €500,000 first prize.
www.prix-amerique.com