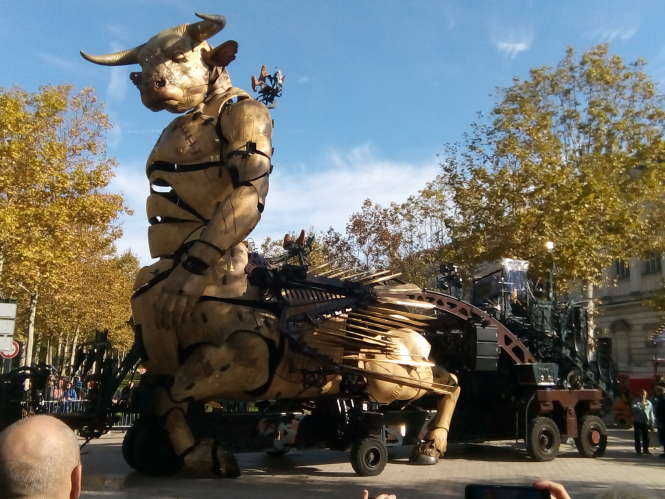 For the first four days of November, Toulouse was invaded by a giant spider and a 46-tonne Minotaur - and visitors and city-dwellers loved it.

An estimated 600,000 people flooded the centre of the Pink City between November 1 and November 4 for the Gardien du Temple spectacular, to mark the grand opening of a new attraction in the city, La Halle de La Machine.

People from all over France, but also from much further afield who took the opportunity to discover the Pink City, its museums and its heritage.

One restaurant owner told regional newspaper La Dépêche du Midi that they had three times as many customers as normal at this time of year, had extended their hours to cope with demand, and had to go to a local grocery store to restock supplies.

And officials told the paper that the tourist office was twice as busy as normal, while hotel occupancy rates in the city were around 90% for the four days of the event, which featured three or four parades a day.

events
what's on
Toulouse
More from Our Pick
More from Connexion