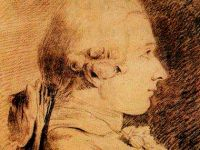 THE SCROLL on which the Marquis de Sade wrote his notorious book of sexual depravity The 120 Days of Sodom, has returned to France after a 25-year legal battle.

The work, written on a 12m strip of parchment - which was recovered from its hiding place de Sade’s cell in Paris's Bastille prison when it was stormed during the French Revolution in 1789 - will go on display in September to mark the bicentenary of the 18th century nobleman's death.

Since it was written, in 37 days in 1785, ownership of the text has caused almost as much controversy as its subject matter.

It has been hidden, stolen, sold, and the subject of court proceedings in court in Switzerland and France.

Now, Gerard Lheritier, president and founder of Aristophil, a firm specialising in rare manuscripts has bought the manuscript for €7m and brought it to France so that it can go on display to the public at his private Museum of Letters and Manuscripts.

Mr Lheritier said he would one day like to see the manuscript in the hands of the National Library of France.

De Sade, who died in 1814, regarded The 120 Days of Sodom as his greatest work, but was convinced it had been lost when the Bastille was stormed.

He described it as, “the most impure tale that has ever been told since our world began”.

It was first published in Germany in 1904 after being acquired by a German psychiatrist, who regarded it as a scientifically important work.