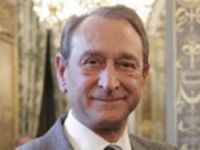 FEARING a "major humanitarian crisis" this winter because of the problems caused by the financial troubles, Paris mayor Bertrand Delanoë has opened up 550 beds for homeless people across the city.

The beds, in six halls in the 1st, 3rd, 4th, 11th and 15th arrondissements, will be backed by three other day centres which have been opened with a capacity of 140 people. One in Rue du Louvre (1st) is for women only, one in Rue des Ecluses (10th) is mixed and one in Reu de Sèvres (6th) is for lone foreign minors.

Delanoë said the city was also strengthening its help services in the Bois de Vincennes and Bois de Boulogne this winter with increased checks by the Samu Social and six fully-equipped aid vehicles. The work is part of the city's plan to help the homeless.

This work is to be bolstered in coming years by the opening of 2,000 permanent beds and Delanoë said this was needed as Paris already provides "more than 60% of the offers of shelter" in the region. This year four new shelters have opened with 162 beds, nine hostels with 231 places for the homeless and an extra 100 places for foreign minors.

He said that there was still a shortage of 13,000 beds for needy people in the Ile-de-France and he called on neighbouring councils to abide by the law on helping the homeless.
Do you have homeless people in the towns and cities near you? How would you suggest France tackles this issue? Join the debate on Facebook and Twitter: