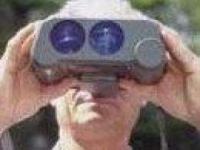 A GROUP of Facebook users could face being banned from driving after setting up a page to alert drivers to police speed controls.

The 15 members appeared in court at Rodez, Aveyron, accused of acting in the same way as banned “radar detectors” which pinpoint the location of speed camera sites.

Prosecutor Yves Delpérié accused them of trying to “evade the law” and said they had no right to tell the 10,160 people subscribed to their page where speed controls were sited. He asked the court to impose driving bans of between 15 days and four months.

However, defence lawyer Rémy Josseaume countered that the Facebook members were just helping people to avoid “danger zones” on the roads, which had been expressly allowed in a Conseil d’Etat ruling in 2013.

The court’s decision, which is due on December 3, is complicated because gendarmes in other parts of France have their own Facebook pages and on other social networking sites advertising the locations of their speed controls.

Other Facebook users have also set up similar sites in Lot, Picardy and Tarn, although not as large.

The road death toll in Aveyron soared in 2013 with 34 people killed, up from the previous year’s 15.