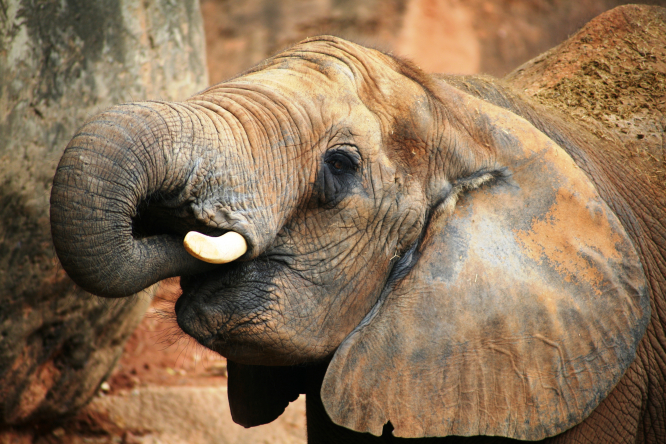 “We are not here to judge circuses, just to provide a good place for animals when they can no longer perform" says Elephant Haven
By Jane Hanks

News that France is to ban travelling circuses with animals has been cautiously welcomed by a new sanctuary which hopes to care for them on retirement but its owners want to hear more details.

They hope the news means refuges like theirs will be in line for government support. Ecology Minister Barbara Pompili promised that the government will work with, and not against, circuses.

She said she “knows how much circuses love their animals” but it is “no longer reasonable to transport hippos and wild animals from commune to commune”.

“Wild animals” refers to species that are not usually domesticated.

The government will also outlaw the reproduction of orcas and dolphins, and the introduction of new animals to captivity. It pledged €8million to support circuses and dolphinariums during a transition period.

The minister said more than 20 European countries already limit or ban circus animals, as do about 400 towns and cities in France. She thought there were around 500 wild animals in circuses at present.

Ms Goetghebeur said the latter figure was probably accurate but it was hard to know exact numbers as circuses are always moving and animals pass from one to the other and circuses may change names. “We are now waiting for more information on how the government will introduce this ban and how they will use the money they have promised.

'We wanted to provide somewhere they could live out their lives'

“We set up Elephant Haven because we knew countries in Europe would stop allowing elephants in circuses and we wanted to provide somewhere they could live out their lives. France is one of the last countries to introduce a ban and we want to know whether they will encourage placements in sanctuaries like ours. We look forward to learning more.”

“We are not here to judge circuses, just to provide a good place for animals when they can no longer perform, but circuses try to find other solutions before handing animals to us. Some sell to Russia or Dubai for high prices.”

Most countries aim to help circuses make the transition. Elephant Haven has been working on the case of one elephant from Netherlands since wild animals in circuses were banned there in 2015.

“So far, there is no agreement and the Dutch government keeps extending the licence for the circus to keep the elephant."

“The last extension was due to Covid. That will run out in December and we really hope we will then be able to provide a home for that elephant. It is frustrating when we are ready, we know there are elephants which need rehoming, but we can’t get any agreement for one to come to us.”