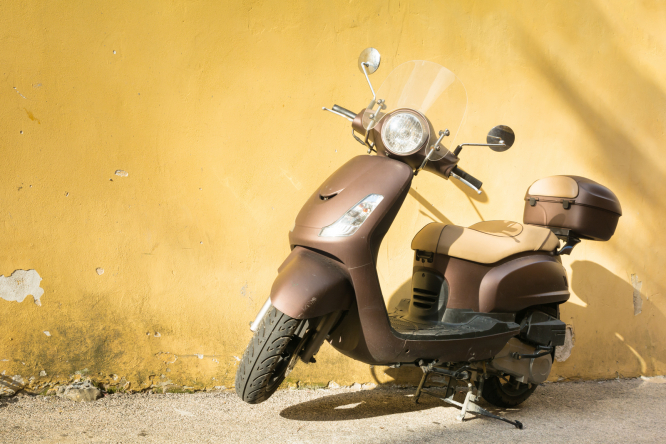 The new rule has been suspended just one day after a decree was published in the government’s legal publication Le Journal officiel and met with considerable opposition from motorbike riders across France Pic: Uladzik Kryhin / Shutterstock

France was set to introduce a contrôle technique (MOT test) for all scooters and motorbikes, a plan criticised by bikers but welcomed by those annoyed by inconsiderate behaviour by some riders.

The idea of a contrôle technique (CT) for two-wheelers gave rise to strong feelings for and against – though in theory a 2014 EU law obliges France to have one at least for motorbikes from next year.

The EU directive concerns bikes and scooters over 125cc, ruling out all but the largest scooters. However, France was to go further, calling for checks, on the same calendar as for cars, for all two and three-wheelers, as well as small no-licence voitures sans permis, quad bikes and three-wheelers.

Just after a decree was published establishing this from 2023, the transport ministry declared it was on hold, at the president’s request.

“It seems to us completely abnormal that it should be announced in Le Journal Officiel, then 24 hours later Macron decides, in his ivory tower like a king, to suspend this measure which had been asked for for a long time and relates to an EU obligation.

“He gave in to the Fédération Française des Motards en Colère [FFMC – a motorcyclists’ campaign group]. He’s afraid of what’s going to happen in the streets at the rentrée, because the French are fed up of this government, and he didn’t want to also have the motorcyclists on his back.”

Mr Torro said France is already late applying the EU directive and compared to most neighbours, including the UK, which already require tests for two-wheelers.

“What also surprised and angered us was that we’ve just had the IPCC report on climate change which says we have to change how we do things if we’re to avoid disaster, and this measure would have allowed us to get all the two-wheelers that are too old and enormously polluting off the roads. We could have better checked on both noise and air pollution, but Mr Macron decided to ignore that. It’s scandalous.”

Mr Torro said with the “explosion” of home deliveries, there are many old scooters on the roads with polluting two-stroke engines. “Scooters and motorbikes from before 2014 emit 10 times the carbon monoxide of a petrol-driven car and 20 times more than a diesel one.”

The details of what would have been checked have not been finalised, he said. They hoped these points would be included but now fear the CT may be watered down, if reintroduced.

Mr Torro said many bikers argue noise is good because it keeps them safe, but he said studies have shown it is not noise levels but how careful you are that counts.

A big problem, he added, is many riders, especially scooter-owners, modify their vehicles to make them noisier. Some towns are installing noise meters and cameras to combat this. He said riders argue people could reverse the changes while the scooter is checked, but this can mean changing the exhaust pipe, so he doubts most would want to do it. “The riders say they maintain their vehicles well, which may be true – probably more for motorcyclists than scooter riders – but for us it’s all about the air quality and noise.

“We don’t have a lot of hope right now. Macron is thinking about the elections. We don’t expect anything before then. But I think it will be back on the agenda after that.”

Ms Aubrun said they would meet with the government in September. “We found the idea of a CT every two years idiotic because twowheelers do around 3,000km a year, compared to 12,000 for cars, so it shouldn’t be a cut-and-paste,” she said. “Plus, a rider is more aware of the need to check their vehicle regularly – they know if they set off with worn tyres, for example, they are risking their lives.

“Our objective is to get it cancelled totally as it’s useless.

“There are only about 0.3% of accidents where a technical failure was concerned.

“We would prefer the government to focus on other topics, such as information and awareness.”

Ms Aubrun said the directive “complicates” things but they will still lobby for no CT in France. Part of the law allows countries not to implement it if alternative measures have been taken to reduce accidents.

“We’ve already worked with the government to see if we can avoid the CT this way, but so far the arguments we presented were not accepted by the EU as meeting their criteria.”

She said the CT had originally been presented to them as being related to riders’ safety. “As time goes on, the discourse has been changing and we’re hearing about pollution and noise checks, which have nothing to do with safety.

“A noisy or polluting scooter is not more dangerous than another one and won’t cause more accidents.

“We have the impression the government is mixing up different subjects and we are going to discuss with them other possible avenues to fight against pollution and manage noise levels, issues which are nothing to do with the CT.”

Exploring mountain refuges and cabins in France
19 October 2021
More from Opinion
More from Connexion
Get news, views and information from France
Join the newsletter
Subscribe to The Connexion