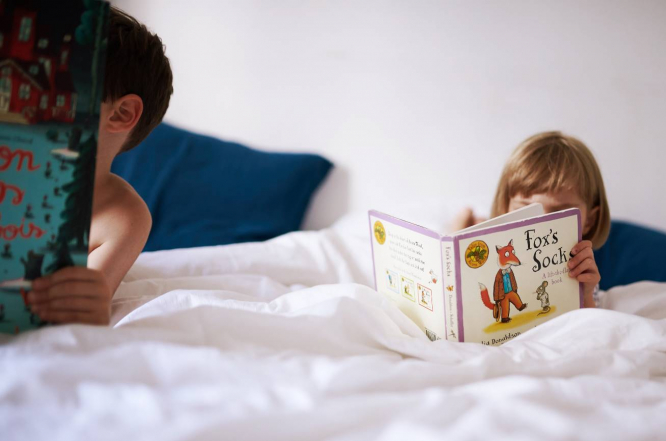 Starting a business in France can be difficult at the best of times - starting one month before the country faced the coronavirus lockdown would seem to be a recipe for disaster. But one start-up, run by a globetrotting couple from their flat in Paris, is beginning to blossom.

"The first six months have definitely been a rollercoaster," Ian Benton said. "Fortunately, I had run a startup before, so I had already experienced some of the highs and lows.

Lockdown, Ian said, was 'intense' for the family, who live in an apartment in Paris. "We tried to stick to a schedule - which worked well for the first three weeks," he said.

"There was quality family time, house-keeping chores for everyone, even the two-year-old, home-schooling, exercise hour, end-of-day walks, lots of meltdowns and temper tantrums. It often felt like there was no time to work or to parent.

Ian said the children had enjoyed confinement more than their parents. "Our three children were all born in Paris so they are fully bilingual and speak French far better than us. It's funny, but the children have enjoyed the confinement and being at home with us 24 hours a day.

"Homeschooling definitely became progressively harder partly because our eldest felt like he was on holiday. He didn’t think it was fair that he had to do homework.

"Our two older children told us that they don’t want to go back to school.

"Our youngest woke up every morning and asked if her garderie was open and was always very sad when we replied that it was not. Ultimately, the children really missed their friends. I think that was the hardest part for them. As much fun as we tried to be, we are poor substitutes."

Ian, a former marketing consultant for Coca-Cola, and Alison, then in-house counsel for Monitor Consulting Group, moved to Paris in September 2011, six years after meeting by chance in Guatemala, and a little over a year after they had married in London.

"We both work full time with the business, so we tried to ensure that every day we each had time to keep the business moving forward.

"There were never enough hours in the day! We spent most evenings responding to emails and enquiries. It wasn’t easy but I think the beautiful Spring weather helped keep us positive."

"Initially, we did a soft launch so we could test and learn what worked on the website and also from an advertising perspective.

"We planned to accelerate the growth of the business as we moved into spring 2020. It's an important time of year because people begin to spring clean and are ready for change and to refresh their decor.

"Then the coronavirus hit - and we went into confinement with our three small children (aged seven, five and two)."

Confinement could easily have been the death knell for the business and Ian, who runs high-end and eco-friendly online bed linen store La Chambre with his wife Alison Ross, admitted: "March was a very tough month as sales fell significantly."

The French stage of their life owed a lot to chance.

"We were looking for a new apartment in July 2011 when Alison said 'why don’t we just tell both of our companies that we need to work in Paris for 3 months'. Luckily, they said yes! In August, we packed up our belongings, put eight bags on the Eurostar and began our new adventure.