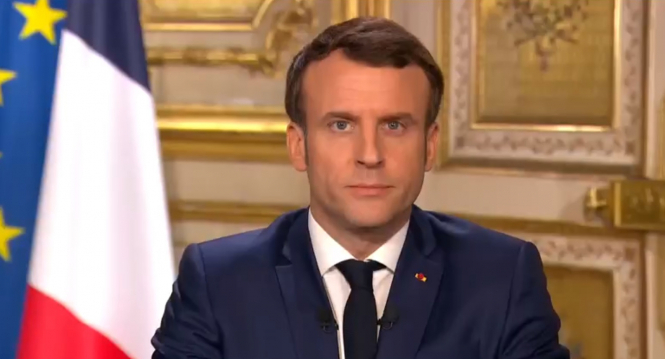 Anyone who has read Albert Camus’s La Peste knows that there is, theoretically, nothing that confirms we are all in it together so much as a plague.

Coronavirus, like all other such viruses, respects no international boundaries or separate cultures. It is therefore remarkable that nations have sought to go about containment of the Coronavirus in radically different ways, as an examination of the policies of Emmanuel Macron and Boris Johnson will quickly confirm.

This is not simply because Britain is in the process of leaving the European Union and France is not – some European countries have taken radically different approaches to France in dealing with the virus, and continue to do so.

It is all to do, inevitably, with the impact of the disease in each locale and what the scientific advice of which individual groups of politicians avail themselves has to say about what should be done.

What this essentially means – and this applies to France, the other 26 member states of the EU and the United Kingdom – is that everyone is making it up as they go along.

Both Mr Macron and Mr Johnson laid down policies in the early phase of this crisis that they have been forced to abandon within days.

This is not least because the advice of the experts on whom they rely to give them a clue about what to do has been changing from day to day.

It was, for example, French experts who realised that prescribing Ibuprofen to treat the symptoms of the virus was highly damaging because it suppressed the patient’s immune system, and that Paracetamol should be taken instead.

But Mr Macron’s claims, also in the early stages, that French virologists would soon have this problem cracked rapidly turned out to be something of an exaggeration, so far. On verra, as the saying goes.

France, doubtless because of its proximity to Italy, had a higher incidence of the disease and death toll before the United Kingdom; so a disparity between the actions of the two heads of government should not be surprising, given that the United Kingdom is about two weeks behind.

But there comes the scope for dispute: as France went into lockdown, some asked why it was that their near neighbours were not taking a similar course, given they ought to be able to see what was coming.

Mr Johnson’s answer – that he did not want to give such an order until he absolutely had to, to avoid giving people some form of quarantine fatigue before it was absolutely necessary – is only part of the story.

The French people are used to a level of state bureaucracy and intervention into their private lives that has never been seen in Britain outside wartime, even in the socialist-based consensus of 1945-79.

Were Britain to reach the stage, as France has, of demanding people take a piece of paper with them to prove they are allowed to be in the streets, it would almost certainly prove unworkable.

The idea of announcing, as Mr Macron has done, that dinner parties to which one invites friends from outside are banned would be ridiculed in the UK, unless we had reached the stage of mass burial pits.

As far as most Britons are concerned that stage will not be reached, because most have discerned that this horrible disease kills a very small proportion of those who contract it.

The majority in the UK is happy to protect the vulnerable but when it comes to themselves they see no reason to treat the virus as anything different from the annual flu epidemic.

That cultural difference between France and Britain is significant, and it may be why any lockdown in Britain will be confined to major concentrations of population, namely cities and large towns, where it can be adequately policed, rather than across the whole country, where policing would be utterly unpractical.

The British government is unlikely to have the confidence to go further and, given the readiness of most Britons to self-isolate (London was almost empty by mid-March), may not have to.

In his frequent television broadcasts Mr Johnson looks terrified, probably because he is in a situation he cannot control and whose fast-changing details he struggles to grasp. Mr Macron, when he spoke to the French people on March 16, looked serious, but not terrified.

Perhaps that absence of humility will be his undoing; but if it reassures the French people and prevents panic, so much the better.

In a poll, 76% of people thought his approach was credible. The response to Mr Johnson has been to empty the supermarkets and head for the hills.

Mr Macron faces two tests as a result of this. First, he must maintain unity in the face of this threat in a France that has been disunited for the last 18 months.

France has accepted his authoritarian approach to the problem for now; whether it will do so for more than three or four weeks remains to be seen. If the population chooses to reject that approach, 100,000 gendarmes will be unable to stop them.

But, as in any war, the government needs to plan now for the aftermath.

One can only begin to speculate what this is going to do to the over-regulated French economy.

The election is just two years away. Coronavirus will put an enormous strain on a government that was already well past its honeymoon period, and on the European Union of which it is member.

It is a situation tailor-made for a populist, with no governmental responsibilities, to exploit it. Mr Macron would be advised to look for Mme Le Pen in his wing-mirrors.