French law regarding 'accidents' should change 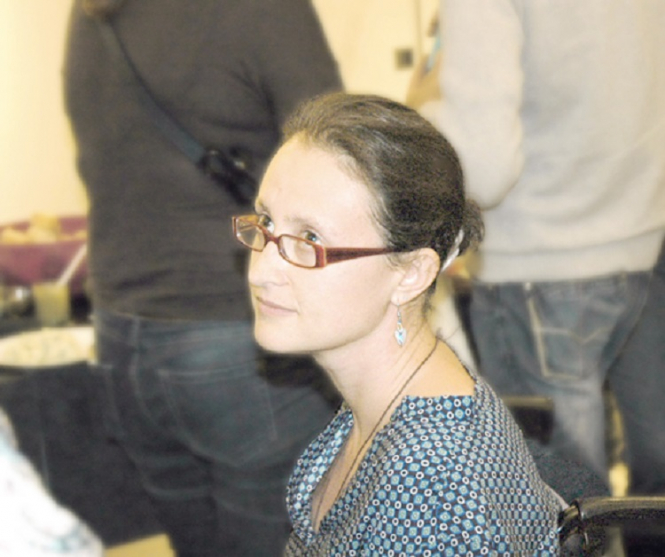 He had no licence, the car was not insured, and as soon as he struggled out of the mangled car, he ran away.

Caroline sustained head injuries, eight pelvic fractures and her crushed legs had to be amputated. She was in a coma for five days, spent months in hospital, underwent 25 operations and after she was discharged spent many more months in rehabilitation.

She has had to move into a specially-adapted flat, replace her car with a specially-adapted vehicle, buy two wheelchairs, (one for use inside and one to use outdoors at a total price of €15,000) as well as learn to walk with prosthetic limbs (€100,000 each).

Because the driver was not insured, and prosthetic limbs are not reimbursed by Cpam health cover, she had to find the money to pay for it all.

She said: “It made everything much worse. Eventually I will get compensation from the Fonds de Garantie des Assurances Obligatoires but not for another few years.

“In the meantime, I’ve had to pay for everything myself. I was just lucky to have my partner Pierre. I don’t think I’d have come through it without him.”

Caroline’s family also rallied round, and a network of friends raised funds for her prosthetic legs.

The driver, Redouane Kalkoul, had many previous driving offences and police found him hiding at his parents’ house. In January 2017, he was sentenced to three years in prison but, as he had already served a year on remand, he was released and sent home wearing an electron­ic tag and with an evening curfew order.

He lived 100 metres from Caroline.

In French law, injuries in traffic collisions are considered ‘involuntary’ but Caroline wants that changed.

“He knew perfectly well he’d been drinking and smoking cannabis when he got into that car. He knew he was speeding. It wasn’t ‘involuntary’.

“When you’ve already committed so many offences, it’s no longer an accident. Your car is a one-tonne weapon.”

Kalkoul apologised in court to Caroline, but she said it did not help. “It was his 17th appearance so he was well-prepared but I wasn’t considered; it was a circus. There was no justice.

“It was too easy; he didn’t ask me to forgive him and I haven’t.”

Now, Caroline campaigns for repeat offenders to be charged with attempted murder rather than involuntary injury, and she gives talks to people who have lost their licences through drink-driving.

“If I can save just one person from becoming the victim of a drink driver, it will be worth it.”

Caroline also talks about living without her legs. “People don’t understand how difficult life becomes in a wheelchair. In public, people don’t look at us, don’t speak to us and many places are inaccessible.

“Try using the Metro or getting a taxi with a wheelchair. To travel by train you have to book assistance in advance. Everything is more difficult.

“Drivers don’t respect disabled parking spaces and people raise eyebrows when I skip the queue at the supermarket and use the disabled till.

“They don’t realise that I have to pay someone to help me shop, and I don’t want to pay them extra in order to hang about in the queue.”

“Young people don’t go to school with kids in wheelchairs so they don’t see them as normal.

“Disabled children are all bundled off to the same schools regardless of whether their disabilities are mental or physical. Disabled people aren’t used to being in the normal world.”

Unwilling to stay in Lyon where she could meet the driver at any moment, she and partner Pierre are moving to Brittany, where they are having an accessible house built. “It’s cheaper than adapting an existing property, and it will be a new start for us.

“We just want to leave this behind and move on. Pierre is designing an accessible vegetable garden for me.”

She hopes to buy an all-terrain wheelchair with her compensation money, get outdoors more and reconnect with the natural world that she used to enjoy as a hiker and traveller.

Caroline, a former project manager, plans to run permaculture projects for ‘forest bathing’ (sylvo‑thérapie) and therapeutic horticulture (hortithérapie). She wants to do projects to unite people both with and without disabilities. “It’s so important. Keeping disabled people out of sight, apart from mainstream society dehumanises them, isolates them. Disabled people are not all the same: we are all humans, all individuals. We all approach life in different ways.”

She recently went kayaking in a mixed group with one able-bodied and one disabled person in each kayak, and everyone had different abilities. She said it was a great day and everyone said they had enjoyed it and got something from it.

A longer-term goal is to start travelling again. Before her accident, she and Pierre were planning to cycle the Silk Road from Europe to China.

“We still plan to do it, but obviously not camping, or on bicycles. I’m thinking of a mixed group in a small van, but who knows?

“We’re already fundraising for it but the move to Brittany is first. And then we’ll see what comes next.”

To follow Caroline and to donate to her travel fund, see enrouteaveccaro.net