How significant is abolition of ENA, France's elite finishing school? 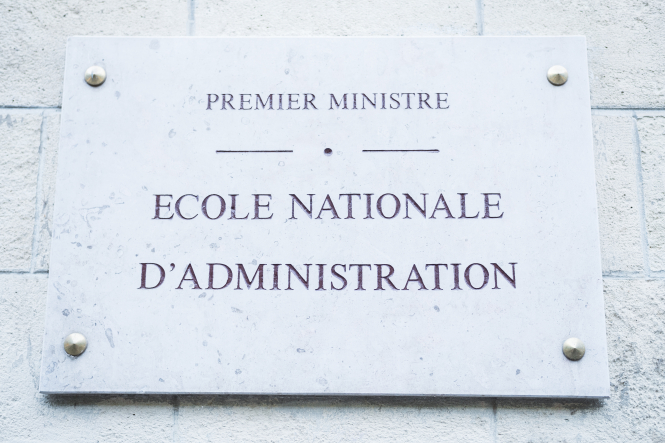 'Emmanuel Macron wrote in his 2016 book Révolution, before he became president, that he would not abolish the ENA, from which he graduated in 2004' Pic: Julien Jean Zayatz | Shutterstock

ENA, which Charles de Gaulle set up in 1945 as a meritocratic school to end nepotism and the aristocratic grip on top civil servant jobs, instead became a symbol of entrenched privilege.

Bruno Cautrès, a political scientist at the Centre for Political Research at Paris’s Science Po university, said: “The most privileged classes have a great capacity to adapt to new rules.”

Emmanuel Macron wrote in his 2016 book Révolution, before he became president, that he would not abolish the Strasbourg-based ENA, from which he graduated in 2004 and which has produced presidents, prime ministers and captains of industry.

He changed his mind after the gilets jaunes protests in late 2018.

The protests expressed what much of French society had felt for years – that the country’s leaders, many of them énarques, as ENA graduates are known, were out of touch with the concerns of ordinary people.

This is “a profound revolution”, Macron said when he told top civil servants in a video conference that ENA would be abolished.

He is no doubt also hoping his alma mater’s demise will boost his poll ratings, which show him neck and neck with hard-right leader Marine Le Pen for next year’s presidential election.

The school’s replacement, the Institut du Service Public (ISP), will aim to attract students from more diverse backgrounds and will have a broader curriculum that will include, as well as statecraft, the environment and issues such as poverty.

It will also ditch ENA’s fast track to top civil service jobs by making graduates work for several years in state agencies or in provincial cities before they can apply for plum Paris jobs.

It sounds reasonable but cynics say mentalities are so entrenched in the French civil service, from ENA graduates down to low-level bureaucrats, that real reform may be a pipe dream.

Citizens’ scepticism about the efficiency of the state bureaucracy runs deep. There is a popular joke about a mathematically gifted énarque who mistakes a sheepdog for a sheep, a reflection of widespread contempt for the administration that was deepened by an incident at the start of the latest lockdown in late March.

An attestation required to leave one’s home was two pages long and included 15 exceptions. It was reissued in a much simpler form after an outcry.

Whether it was drawn up by an énarque is unclear, but the incident fuelled criticism of geeky civil servants.

The problem is the civil service is risk-averse to an extreme, and its staff seek at all costs to avoid taking responsibility for anything that might damage their careers, wrote political analyst Chloé Morin in her 2020 book Les Inamovibles de la République.

It is often said this only worsens as they get older, awaiting their final career years on whose salaries their pensions will be calculated.

Bruno Cautrès welcomed the plan to replace ENA, which takes in about 100 students a year after a notoriously competitive entrance exam. However, he said getting rid of elitism in France would be a far harder task.

“If you want to simplify and diversify access to top positions but if you don’t change the system that reproduces French elites… you will not achieve the desired result,” he said.

Philippe Braud, a sociology professor at the Institute of Political Studies in Paris, said the ENA old boys network had a negative role in opening up top civil service jobs. The new ISP would be an “opportunity for change”.

“I don’t know if Macron will succeed in ‘breaking the recruitment system of the French elite’ but it’s a step in the right direction,” he said. “As for ‘breaking a culture of excessive prudence’, I’m not sure that’s really what’s at stake. It’s more about opening the corps of top civil servants to some social diversity fresh air.”

Since the start of the Fifth Republic in 1959, four of eight presidents and nine of 23 prime ministers were énarques.

Napoleon bicentenary: Macron to commemorate (not celebrate) the leader

Driverless postal vehicles tested in Montpellier
3 December 2021
More from Opinion
More from Connexion
Get news, views and information from France
Join the newsletter
Subscribe to The Connexion