It is vital to identify the origin of Covid-19, says geneticist 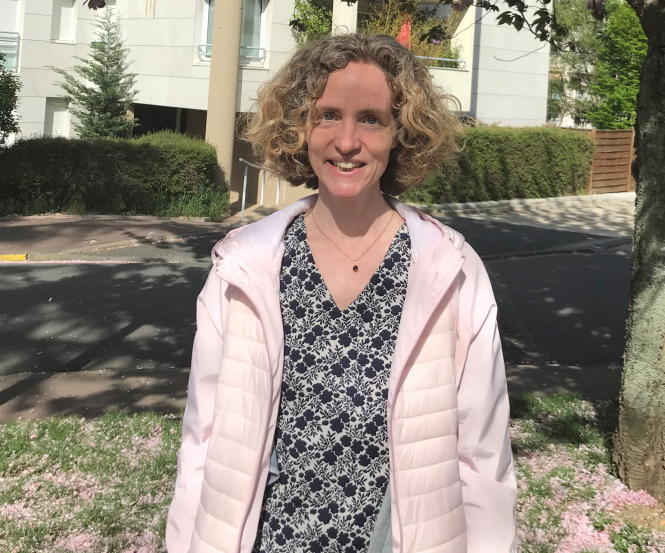 Virginie Courtier is optimistic that scientists would discover whether the virus came from a laboratory: 'It is likely that we will have the answer in a few years' Pic:

A group of 26 international scientists are calling for a new independent inquiry into the origins of the Covid-19 pandemic.

In an open letter* addressed to the World Health Organisation (WHO), the 26 researchers say the information is vital to prevent future outbreaks – especially now, as the virus is present in so many laboratories throughout the world.

Geneticist Virginie Courtier, of the French national centre for scientific research (CNRS), co-organisers of the letter, is one of them.

She told The Connexion: “We still have no idea whether SARS-CoV-2 has a totally natural origin or if the virus went into a laboratory and there was an accident.”

This is the third letter the group has written. The first argued the joint China/WHO expedition to the city of Wuhan, recognised as ground zero for the virus, could not fulfil its objectives because scientists were denied access to crucial information.

The second was in response to the WHO report following that investigation, which concluded the virus’s origins were probably animal in origin and not caused by a laboratory accident.

WHO director general Tedros Adhanom has said that despite the findings, more research is needed into the lab leak theory, and all hypotheses remain on the table.

The scientists welcomed this development and outlined specific recommendations they think necessary for any new research – including 12 detailed questions they say are still to be answered.

For example, it is known the Wuhan Institute of Virology researched bat coronavirus and the director Dr Shi Zhengli found the closest virus to SARS-CoV-2 from a sample found in a Mojiang mine in Yunnan province in 2013, but not enough is known about that research and what happened to the samples.

Chinese authorities said that employees from four Wuhan laboratories all tested negative for SARS-CoV-2 in March 2020 when this was unlikely due to the high percentage of cases at that time. Are those results available?

In 2012, six men contracted a severe flu-type illness, with symptoms similar to Covid-19, after cleaning bat guano in the Mojiang mine. Three died. A doctor in the hospital the men were sent to warned this could be a trigger to an epidemic.

What happened to that warning and to any blood samples – and why has no one visited the three survivors for samples?

“Why haven’t they returned to the mine to find other bat viruses?” asked Ms Courtier. “Perhaps there are others, close to the present one, which could show how close SARS-CoV2 is to a natural virus.

“China wants control over research. However, if they want to avoid tipping the balance towards the theory of a lab leak, it is in their interests to be transparent.”

Even without Chinese co-operation, she said she was optimistic that scientists would discover whether the virus came from a laboratory: “It is likely that we will have the answer in a few years.

“We are starting to have a fair bit of data, thanks to other closely related viruses found either in other parts of China, Thailand or Cambodia. Scientists are comparing the sequences of those viruses and trying to reconstruct their evolutionary history.

“We can also try to see how many mutations have accumulated over time, and if there is a ‘frozen’ period with no mutations, that too could indicate the virus was in a laboratory at that time.”

The increase in research comes with other dangers: “Over the past year, there has been a huge increase in the amounts of money given to research into coronavirus, so far more laboratories all over the world and France are handling the virus.

“This increases the risk of accidents in laboratories. I do not think there are enough security measures in place.

“In France, it is not classified as a dangerous virus, so it is not handled in top security conditions. It is important to address the situation to prevent a future pandemic linked to a laboratory accident.”

The letter ends by saying: “As catastrophic as Covid-19 has been, it is almost certain this will not be the last pandemic, and perhaps not the worst.

“Taking all necessary measures to understand the origins of this pandemic is an absolute priority and a way to remedy our vulnerability against such a virus.”

*The letter was published in Le Monde and can be read in English here.