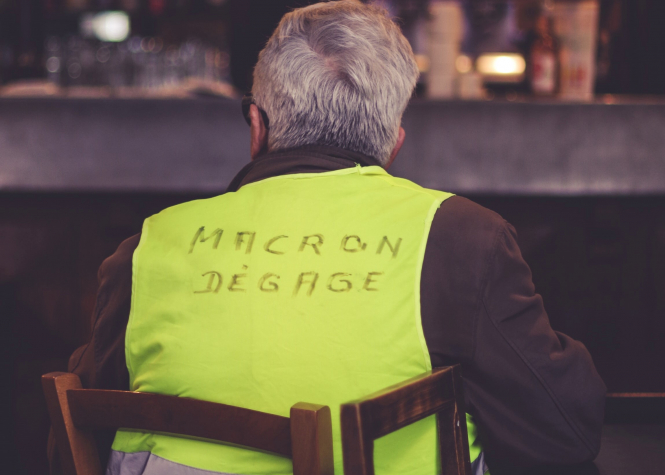 Simon Heffer on what has led President Macron to this point of threats of derailment. ev / Unsplash
By Simon Heffer

It is a rare country whose political leadership has escaped serious damage because of its handling of the coronavirus crisis. France is no exception – and the scale of the damage to the Macron regime seems worse than to most comparable polities.

Even in Britain, where Boris Johnson is enduring mounting criticism for his inept, apparently make-it-up-as-you-go-along approach to pandemic management, he at least hasn’t lost any senior colleagues or advisers – yet. And the next British election is not until December 2024.

Low support for the Tories among EU Britons due to Brexit

Disorder in the party

How unlike the situation facing Emmanuel Macron, until recently the bright new face of French politics, who was supposed to bring reform and competence into the management of his country. On September 21, the deputy leader of his party, 31-year-old Pierre Person, resigned. So did the party’s main spokeswoman. Mr Person spoke to Le Monde and argued there was little evidence the machine behind the President could produce policies essential for the imminent challenges provided by the pandemic. He is almost certainly right.

La République en Marche, the party Mr Macron invented as a new centrist political force to beat the country’s established parties, had astonishing success in the 2017 election. Now it is virtually moribund. Big plans it had three years ago to build a network of grassroots support have failed entirely. It performed poorly in local elections; and in six by-elections held in mid-September the LREM candidate did not even manage to qualify for the second round.

Polls show Mr Macron’s personal popularity, and that of his administration, in the tank. The usual means by which a president stays above such indignities – getting a prime minister to shoulder the burden of unpopularity – hasn’t worked. The standing of both men is diving, though that of Mr Castex, the prime minister, is ahead of the President’s. Meanwhile former prime minister Edouard Philippe, now restored as mayor of Le Havre, has been pressing the flesh and supporting candidates for his former party, Les Républicains, exploding his own personal popularity with voters.

He is probably not doing this altruistically, but with a view to seeking the leadership of the party and becoming its candidate in 2022. For him to now push his former boss, Mr Macron, into third place would be one of the greater ironies of recent French politics.

French Senate elections: What do the results mean?

Regional elections scheduled for March 2021 present, at this stage, a formidable challenge to LREM. If it takes a pasting in them (and it would be a brave person who bet on the contrary) it would be the worst possible start to the year building up to the moment when Mr Macron must seek re-election.

Last time, Mr Macron was brilliant at motivating an army of supporters to encourage voters to back him, and what was so compelling was his promise of a new dawn for French politics and policy. Such promises appeared wanting even before the pandemic. Now, the terrible problems coronavirus has caused have exposed an ineptitude in the administration that has depressed the French public and eradicated much of their enthusiasm for the Macron style and approach.

Disorder amongst the people

The sense of governmental paralysis is not just disillusioning the French people; it has wrecked the morale and faith of even some of the President’s most senior associates. Aurore Bergé, the spokeswoman who walked out, told media: “The malaise is deep. We no longer know who we are, or what we stand for.” That was, perhaps, inevitable for a party that was a coalition of right and left-wingers alienated from their existing parties.

So long as things went well, the new movement would hold together. Once difficulties arrived, recriminations started, with each faction accusing the other of being responsible for failures. However, the man whose role it is to hold the movement together – the President himself – seems not to have a clue where to start. And the longer the pandemic continues, the more economic activity will be depressed and more people will lose their jobs; and then social tensions will rise.

France’s economy was in poor shape before this: one dreads to think where it will be by the depths of the coming winter. Mr Macron appears to have no answers. Perhaps there are no answers, but it would be useful if he made an honest statement to that effect, if so. Candour is refreshing.

His party problems began before the pandemic, with those who joined him from the left identifying a move to the right and registering their displeasure about it. He lost his majority in the Assemblée Nationale earlier this year when a number of left-wing MPs abandoned LREM.

Interview with Churchill's grandson: A love of France 'runs in our family'

There is nothing in his hand of cards that suggests the game is going to get easier: the government will have to continue to pump public money into supporting those who cannot work or have lost their jobs, and it has yet to answer the question about how this is paid for.

As with other western governments, any plan to raise taxes risks crushing any economic revival before it even reaches adolescence. Since his victory in 2017, Mr Macron has operated with a certain liberty of action caused by the fact that France’s former governing parties of the left and right had been reduced to rubble; and the only one to stay intact, Rassemblement National, is perceived as being unable to win an election.

The way things are going, even a candidate from a damaged Parti Socialiste or Les Républicains can beat him into the third place; and then his political career is over. What then happens to France is something we can all consider over the problematic months that lie ahead.

Simon Heffer, the renowned political commentator and historian, turns his gaze to French politics with his regular column in The Connexion. Simon Heffer is also a columnist for the Daily and Sunday Telegraphs.