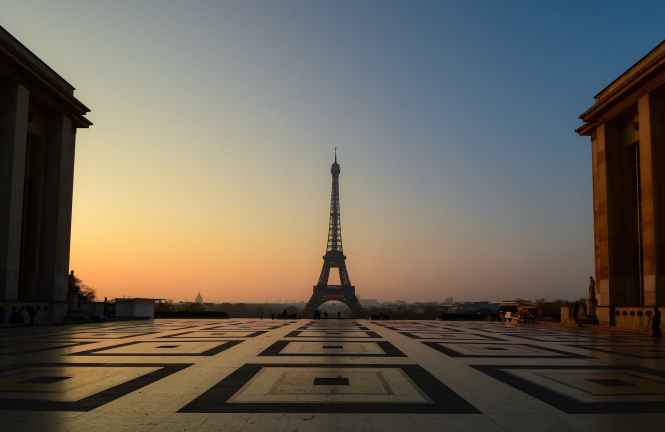 'The best form commemorations to mark the 60th anniversary of the end of the Algerian war could take would be to offer a new deal to France’s Muslims to simply ensure they have the opportunities accorded to every other French man, woman or child'
By Simon Heffer

It might seem a typical piece of political hypocrisy, or perhaps simple confusion, that President Macron regards the French colonisation of Algeria, which began in 1830 and ended in chaos in 1962, as a crime against humanity – and yet he is determined not to apologise for it.

In fact, the two positions are entirely justifiable. French behaviour in Algeria was marked by savagery throughout the 132 years it was a colony; and yet apologising for that, even for war crimes perpetrated within living memory in the Algerian War of 1954-62, is illogical.

The President can and should express regret for the atrocities earlier generations of French carried out but an apology makes no sense.

He did not perpetrate the atrocities, and nor did anyone acting on his orders: he has nothing to apologise for and, having dissociated himself from the crimes, has done all he possibly could to express his personal disgust.

If one has done nothing to apologise for, an apology becomes a stunt or the most cynical form of grandstanding.

So President Macron was right to avoid it.

It is reminiscent of the furore Tony Blair nearly excited when, as Prime Minister of the United Kingdom, he apologised for the slave trade.

The United Kingdom had taken an international lead in abolishing the trade almost 200 years earlier; and Mr Blair had never enslaved anyone or been party to any enslavement.

Even people who sympathised with his sentiment thought him ridiculous. With enough on his plate as it is, Mr Macron is sensible to avoid such obloquy.

Mr Blair confused regret with shame – shame is something one acquires through realising one has behaved badly.

'France does, however, continue to behave badly, in its failure to integrate its Muslim population, which is mostly of North African and considerably of Algerian descent'

It would not hurt many in France to recall how horrified the civilised world was by its use of torture and murder not in 19th century Algeria – though it used them readily then – but in the Algerian war, less than 60 years ago.

In the 1950s, France was accused of having a ‘Gestapo’ in Algeria and using methods the Nazis’ secret police would have recognised – beatings, waterboardings, mutilations, electrocutions and executions.

Nor did these things happen in Algeria alone, as if their occurrence there made them any better.

In October 1961, the chief of police in Paris, Maurice Papon, was party to the breaking up of a peaceful demonstration in the city in which between 100 and 200 Algerians were murdered by being thrown into the Seine and drowned; their bodies were being fished out for days afterwards.

This was the modern, exciting Paris of Un bout de souffle, witnessing behaviour that would have been shocking even in the Middle Ages.

It was, one hopes, the last throes of a brutal culture that France is well rid of and that ought to embarrass those still alive who condoned it (Papon, it later transpired, had been an SS collaborator, and had assisted in the deportation of 1,690 Jews).

However, when the war ended in 1962 other problems were beginning that France must also have on its conscience.

One was the treatment of the Harki, Algerians who fought for France and were regarded as traitors once the war ended.

Having learned some lessons in savagery from their former colonial masters, the Algerians simply slaughtered many of the Harkis; France made few, if any, arrangements for their long-term welfare, even though 90,000 of them managed to get to France – where they were far from welcomed.

A quarter of a century ago, Jacques Chirac did seek to make some reparations to the Harkis and their families who were still in France (a very different and more pressing matter than a man not even alive at the time dealing with a longer history), but much unhappiness remains between that community and the French authorities.

France also failed to gauge correctly the number of Pieds-Noirs – Algerians of European or Jewish descent – who wished to flee there at the end of the war.

De Gaulle’s government expected that perhaps a quarter of a million of them might seek refuge in France: in fact 900,000 came, and many slept in tents or on the streets for weeks or months after they arrived.

'The greatest failure of the de Gaulle administration in that respect was to fail to imagine why on earth they would want to stay in a country that had made it clear how hostile it was to them, and where else they would go, if not to France'

But the most painful legacy of France’s colonial excursions in North Africa was the use of the formerly colonised as cheap labour in the last phase of the trente glorieuses in the late 1960s and early 1970s.

Originally it was just men who came, and they were housed in jerry-built workers’ barracks on the outskirts of the cities where they were needed.

These barracks were rudimentarily expanded when the men’s families were allowed to join them in the late 1970s. Beyond that, no serious attempt to integrate them into French society was made.

The result is alienation, radicalisation and sporadic civil unrest that makes so much of the banlieue a no-go area: these are the problems Mr Macron’s administration has yet properly to address.

Next year, commemorations are planned to mark the 60th anniversary of the end of the Algerian war.

Read more: Did you have your morning 'kawa'?

The best form they could take would be to offer a new deal to France’s Muslims, not to patronise them or give them special favours, but simply to ensure they have the opportunities accorded to every other French man, woman or child.

Then, beyond doubt, no apologies would be necessary.