Simon Heffer: What is the way forward for secular France? 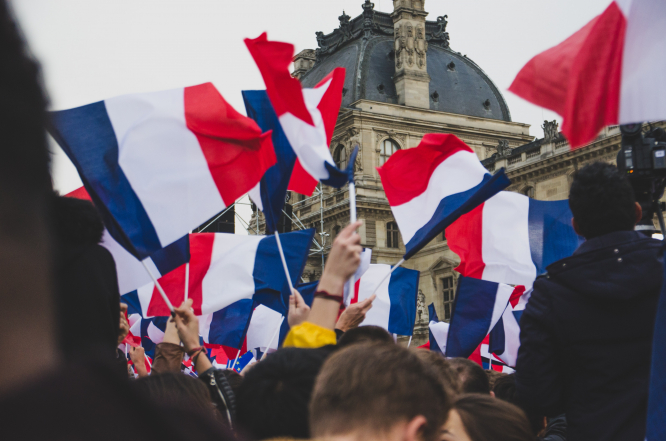 'The French state must ask what more it could do to prevent young Muslim men from finding fundamentalism so attractive in the first place.'
By Simon Heffer

As a minor scholar of the French language it disturbs me, following the appalling murder of Samuel Paty by an Islamic fundamentalist, that much of the French press has been using the term l’assassinat to describe the outrage rather than le meutre.

They both can mean murder. But the former noun can carry with it the notion of killing for supposed reasons of state, or in defence of a high ideal, whereas the latter reeks more of criminality. If the French media continue to invest such abominations with the label of an assassination, and all the implications that has as a warped means of justification, then the battle for western civilisation is well and truly lost.

Mr Paty’s ‘crime’ was to show, with due warning and regard for the feelings of Muslim children in his class, the caricatures of the Prophet Muhammad that sparked the Charlie Hebdo massacre in 2015.

In a society where laïcité is enshrined in a law of 1905, he had a perfect right to do this in a state school, and by all accounts did so with tact and absolute regard for the feelings of those who might be offended by it – they could, if they wished, leave the class.

However, France is still learning 115 years after that law that, while the state can decree its business be carried on without regard for specific religions, it cannot change the fact that millions of people in France have deep religious feelings – and do not all worship the same prophets.

Most would feel that, done with the appropriate warnings, this was a valuable part of the education of young people who must live in a culturally diverse society and who need to learn about the boundaries that that society imposes.

Before his murder, Mr Paty was subjected to threats and bullying that his employers, the French state, did little or nothing to help counter, and they took no obvious steps to protect him; indeed, the police arrived to interrogate him about what he had done, as if it were some sort of hate crime.

That is a separate matter, but one of enormous relevance when it comes to stopping this sort of horror from happening again, and it brings shame on the authorities.

'France is not in a war of cultures, but of values'

One of France’s leading experts on Islam, Olivier Roy – whose sympathies for the culture were such he fought in Afghanistan against the Soviet Union – has said France is not in a war of cultures, but of values.

That is, as philosophers say, a nice point, but one that does not bear intensive scrutiny.

One can understand the offence taken by Muslims at representations of their prophet, which they are taught to regard as a high form of blasphemy; and no-one wishing to nurture good inter-communal relations would parade such representations around gratuitously, even in a society where laicity is enshrined in law. Christians feel similarly about their own religion being traduced – Mr Roy himself has referred to the Manif pour Tous, and the anger many of France’s Roman Catholics feel about the ease with which their society contemplates abortion.

They do not, however, murder people advocating it, but instead assert their right to express a moderate view on the question.

That is a difference of culture and not merely of values.

Values and culture are linked, but the former are abstracts one can acquire in life as well as having them instilled during one’s upbringing.

The latter is an entire system of thought, behaviour and creativity that, in Europe, has evolved over thousands of years – as have the Islamic culture and civilisation.

Roman Catholics can lose their faith and become in favour of abortion – that is the acquisition of a new value. And it is clear that many Muslim women, seeing the greater freedoms allowed their sisters in western culture, choose to adopt those values, whether of dress or sexual behaviour, rather than being confined to those of the culture in which they were brought up.

This brings us to the heart of the question.

'When two cultures meet, how do they co-exist?'

Most French Muslims live at ease with the majority culture, which is French, democratic, rooted in an idea of liberty of expression and, despite laïcité, in Christianity.

A few, sadly, do not, and oppose this view to an extreme where they expect exponents of the majority culture to defer to them as a minority, even if it means casting aside hardwon democratic rights such as freedom of speech, or academic freedom.

Thus, in the eyes of his murderer, Mr Paty had to die simply for showing representations of Muhammad.

Such an extreme view cannot be tolerated, and the French state has begun the serious job of shutting this particular stable door after the horse has bolted. Mr Paty’s murderer is dead; several others, including two boys of 14 and 15, have been arrested for their alleged part in conspiring to have him murdered; the principle of laïcité has been re-affirmed by politicians proclaiming that to act against it is to act against the Republic; most seriously, mosques harbouring radicals have been closed, Muslims engaging in hate speech online are being pursued and groups of radicals are being broken up, all with immense difficulty.

For, as I have written here before, France continues to pay the price of having for decades treated its Muslims as second-class citizens and not taking seriously the need to integrate them into French society.

As Mr Roy correctly argues, the alienation this creates drives teenage boys especially into the welcoming arms of fanatics, with all that entails.

As well as ensuring the harshest measures are taken against those who behave barbarically, the French state must ask what more it could do to prevent young Muslim men from finding fundamentalism so attractive in the first place.

Simon Heffer, the renowned political commentator and historian, turns his gaze to French politics with his regular column in The Connexion. Simon Heffer is also a columnist for the Daily and Sunday Telegraphs.

Simon Heffer: How Macron is going to lead France post-Covid