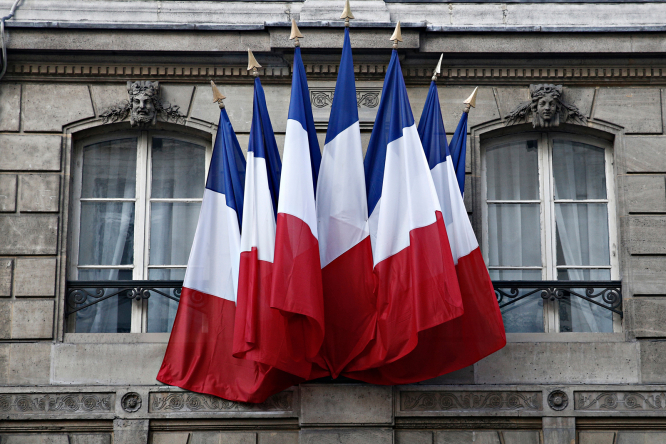 At least Mr Macron had some bottle age, in that he had been a rising star of the benighted administration of François Hollande – the same Mr Hollande who now denounces him as a gadfly.

President Macron does indeed give the impression of hopping from one policy commitment to another, largely out of panic caused by the rise of Mr Zemmour in the polls. One does not imagine that Mr Zemmour could actually defeat Mr Macron in the second round of a presidential election – provided, of course, Mr Macron actually manages to get to the second round. That last point is where the panic stems from.

Mr Zemmour, routinely described in the French media as a polémiste – a polemicist or controversialist – has no political experience.

Given what the French electorate thinks of its established political class, with Nicolas Sarkozy but the latest grandee to have to confront the prospect of sewing mailbags, that may be no handicap.

But does he actually want to do it?

He has not declared (at the time of writing), despite his 16 per cent showing in the opinion polls*, and many of his compatriots believe he is just engaging in a massive tease – teasing Mr Macron, teasing Marine Le Pen, into whose support he is eating, and who in some respect looks like a bleeding heart leftist compared with him, but above all teasing the French public.

Many would like the chance to put their cross next to his name just to bloody the noses of the same old politicians who have been doing nothing to further their interests, as they see it, for decades.

The potential candidacy has reason to terrify France’s political class. Despite the banishment of ‘hate preachers’ by Mr Sarkozy when he was interior minister under President Chirac, and the rhetoric Mr Macron has been delivering about Islamic extremism, many French people – those who support Mr Zemmour and Ms Le Pen most of all – believe that France is doing too little to defend and uphold what might be described as ‘Frenchness’.

Not long ago, when flexing his muscle on the subject, Mr Macron sent out some of his ministers to mock the Rassemblement National for having gone soft on the Islamic question. If he thinks they are soft, heaven knows what he makes of Mr Zemmour’s position.

It is precisely because of some of Mr Zemmour’s remarks on this theme that he has been twice convicted of hate crimes, and attempts are consequently being made to prevent his standing in the election.

If it was decided that the law allows Mr Zemmour to be barred from standing, one shudders to think of the outrage that would be caused: French opinion is too febrile at the moment for authorities to take a chance like that.

One can tell how far Mr Zemmour, who until recently was a columnist for Le Figaro and who has for some years been a familiar face on French TV, has become accepted by a large portion of the French electorate in the way nobody seemed to mind very much when he was pictured with a 28-year-old ‘assistant’ on the front of Paris Match (the potential candidate is 63). Indeed, many simply regard him as upholding one of France’s oldest and finest traditions.

When he chose an arms fair in October to pick up a gun and wave it at some journalists – also seized upon by critics as a mark of his irresponsibility – the public did not seem to care much.

Mr Zemmour is an admirer of Donald Trump, but any resemblance to the deposed US president is pretty superficial

He is a seriously educated man (ex-Sciences Po) with a mind of his own, and relies on magnifying uncomfortable truths and twisting them to his purposes rather than living in the parallel universe President Trump inhabited. He counts as one of his friends Michel Houellebecq, one of France’s greatest novelists, whose superb novel Soumission I have noted in this column before.

Soumission is set, interestingly, at the 2022 election: and it shows a mainstream political class in France happy to have an Islamic Front leader if it means avoiding a presidency by Marine Le Pen.

Houellebecq, who in his way is a genius, and Mr Zemmour have much in common: notably a sense of outrage that their countrymen are prepared to surrender the essential Frenchness of France rather than allow someone who is an overt nationalist to become leader.

Could Mr Zemmour become president, as Mr Macron did?

He would need to see off Marine Le Pen first, but her lacklustre appearances and party splits mean it is not impossible.

If he reached the second round, whether against Mr Macron or, for example, Xavier Bertrand, the Républicain favourite, it is quite likely he would just be flattened by a coalition of anti-nationalists just as Ms Le Pen usually is, and as was her father before her.

In the nightmares of liberal France, both he and Ms Le Pen end up in the second round: it is not impossible if the other candidates’ votes are sufficiently split.

However, that is a long shot. I firmly believe the best chance of having a hard-right nationalist government in France is for Mr Zemmour to come to an accommodation with Ms Le Pen, to support her (and thus harness her considerable party organisation) in return for standing down, and being her prime minister if she becomes president.

At the moment the two big beasts are snarling at each other, but if that stops France’s centrists will have every cause to lose sleep.

*Poll carried out by Ipsos for Le Monde and researchers from sciences-Po Cevipof on October 22. Emmanuel Macron led the intention to vote (first round) in the poll with 24%. Poll conducted on a cross-section of 16,228 French adults registered to vote.

Who still has to pay the taxe d’habitation in France in 2022?
22 January 2022
More from Opinion
More from Connexion
Get news, views and information from France
Join the newsletter
Subscribe to The Connexion