Spike in France gang violence is 'chilling consequence' of lockdowns 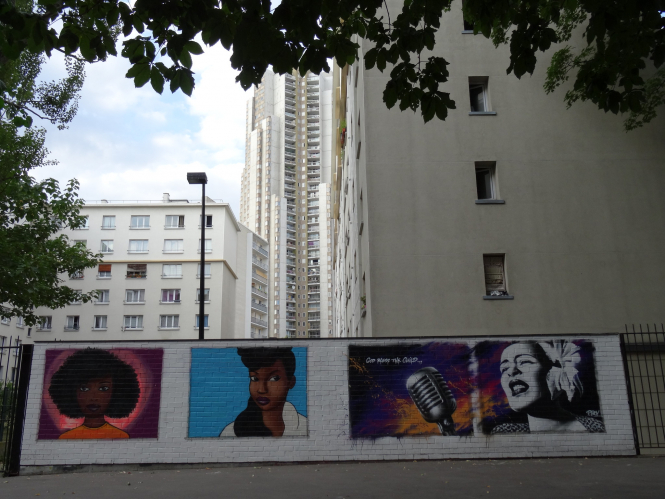 When French youths got out of lockdown last year, they almost literally went wild, says Nabila Ramdani, with police registering 357 gang fights in 2020 – a 24% rise on the previous year
By Nabila Ramdani

Strange situations have chilling consequences, as an increase in killings related to gang violence during the coronavirus pandemic shows.

Murders in greater Paris include school-age children being shot and stabbed to death, with juvenile mobs fighting over turf space being ultimately blamed for the horror.

The trouble is also extending outwards, from the high-rise urban estates into the countryside.

'Criminologists and other academics have come up with all kinds of convoluted theories for what is happening, but let’s not try and be too clever about it'

Likeminded people have been forming themselves into armed groups since the dawn of time, and their reasons for going into battle are often rudimentary.

Yes, tribes were sometimes defending their villages, but lethal combat could also break out simply because somebody felt slighted by someone else. Boredom is – along with fear – one of the prime motivators of humanity and an attack on perceived enemies sometimes feels like a fun way of passing the time, even if there is not much to gain from the bloodshed.

This is particularly so in the case of the very young and inexperienced. All aspiring generations reach a rebellious stage when aggression becomes a release from the mundane.

During the early days of the lockdown a year ago, many French youths found themselves effectively imprisoned in their homes. When they did get out, they almost literally went wild. Hence police registering 357 gang fights in 2020 – a 24% rise on the previous year.

What is behind the increase in gang violence in France?

The vast majority happened in greater Paris, and most of those involved had not yet reached the age of 18. Remember, these are just the fights the forces of law and order got to know about – it is likely that there were many more, especially in rural areas where there is less policing.

The experts quite rightly say economics and social media have both helped to exacerbate gang violence during the pandemic. Poor, deprived people can of course be resentful, and can take out their anger and frustration through conflict.

Mass communication via easily accessible online platforms is a relatively new phenomenon, and this has certainly aided gang leaders enormously – now a clash can be organised in a few minutes, with combatants arriving from far and wide.

Hence disturbing videos and photos of schoolchildren of all ages turning up to confront each other, or to attack members of an increasingly reactionary police force.

The gang members may all come from the same area, or support the same gangsta rap band or football team, but it does not really matter – the main bond is that they are part of the same group and want to let off steam.

Another crucially important factor is also a mindset honed by Hollywood. Speak to any French child today and you will likely discover that they have spent a very large proportion of their lives sitting in front of a screen watching exceptionally violent footage coming out of America. Whether gaming, or enjoying the latest action film on a streaming platform, there is not much concern for the sanctity of human life.

Instead, those who are armed and dangerous are lauded as role models by those who make multi-millions from showing off the culture of a nation where gun ownership is not only legal, but widely admired.

The US is also renowned for liquidating thousands of lives in foreign wars at the touch of a button, using the most sophisticated military hardware known to mankind. Such technology might seem far removed from often primitive weaponry used by young killers on the streets of France, but the tribal mindset isn’t.

When will life return to normal in France after Covid-19?