Christmas without Boxing Day is so much better 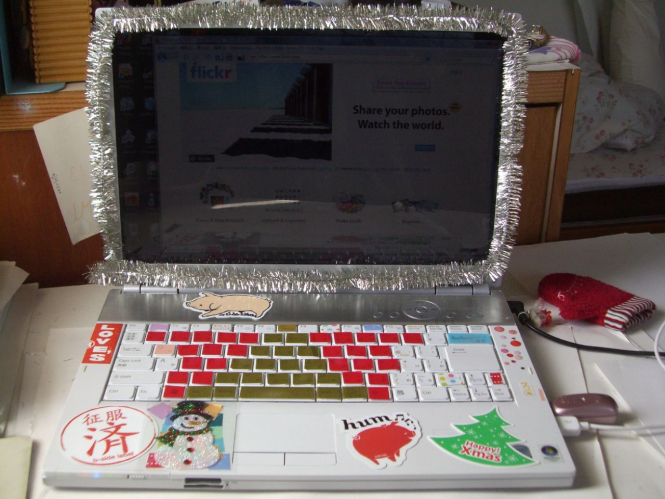 I've always been a sucker for Christmas. I love it, from the first silly jumper right through to the last turkey sandwich.

The Victorian image of Christmas, with an open fire crackling in a fireplace festooned with holly and ivy, warms my heart. And although I've never had servants, or needed to give anyone a day off, or ever had any dependents relying on me for a Box, well what could be better than extending the festivities across Boxing Day? Two days has to be better than one, right?

I love Christmas in France, too. I love having a slap-up dinner on Christmas Eve and then, just a week later, another one on New Year's Eve (So much better than New Year's Eve in the UK, which tends to be a bit of a booze-fest. Like everyone, I love the 'treize desserts' that you get down south; the mechanical 'santons' you find in Nativity Scenes; I love the living 'crèches' at Midnight Mass (children acting out the Nativity, sometimes even with live animals included). I think I even love French carols.

In fact, I love Christmas in France so much that I've slightly begun to go off Boxing Day... By the time I've shopped, and cooked and decorated, wrapped presents and mulled wine for a month, at the end of Christmas Day itself, I'm done.

I secretly enjoy getting back to the simplicity of heading back to work on Boxing Day. No fancy food, no egg-nog for breakfast, no schmalzy films, no demanding children, just a nice quiet cup of tea and a computer screen.

Abandoning Boxing Day makes Christmas Day smaller, more manageable. Keeping Christmas a one-day affair makes it less stressful. There are fewer opportunities for the cat to trash the tree, for the kids to be annoying with remote-control toys, for everyone to eat and drink so much they feel ill, for the dog to get shut in and have an accident... in short, there's less time for anything to go wrong, and because it's just one day you don't have to be so ambitious in the first place.

Doing things the French way also means you don't have to write cards before Christmas. You write them the day after Christmas Day - at work when the office is nice and quiet - then you send them off in time for the New Year. So that makes the run-up to Christmas easier, too.

And going back to work on Boxing Day means you're not all partied out by New Year's Eve.

So forget going to all the excess of a British Christmas with holly-printed loo paper, festive cushion covers, Christmas bin liners, and the days of turkey and telly. Go French with a tree, a nice dinner, a few presents for the kids and only one day off.

Now that is my idea of the perfect Christmas!