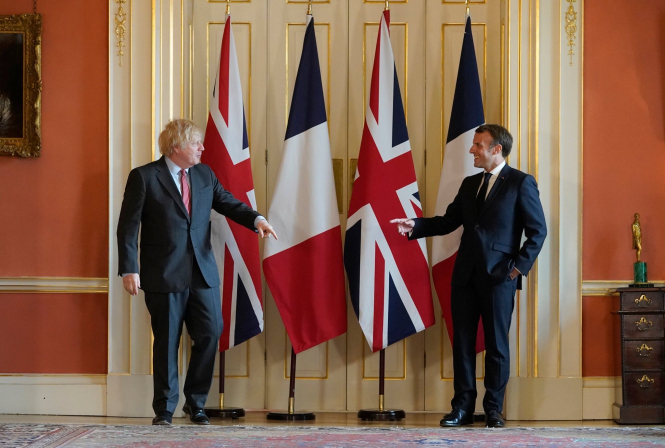 Perhaps, by the time you read this, the British government (whose management of the Covid-19 crisis makes the Macron administration’s seem a continual act of genius) will have admitted the pointlessness of the 14-day quarantine rule imposed on travellers abroad, and consigned it to history. Readers regularly travelling to and from France won’t need me to remind them of the rule’s implications. To visit France for a fortnight one needs six weeks: a fortnight to isolate on arrival, a fortnight for the holiday, and a fortnight to isolate on return to the UK.

Even if retired and owning one’s own house this would be inconvenient; if one works for a living and stays in hotels or a rented house not only is the timespan impossible, but the question of how, where and at what financial cost one quarantines abroad also arises. No wonder Anglo-French tourism was missing when France reopened on 15 June: just one frustrating and depressing sign of the British government’s incompetence UK citizens have had to endure in recent months.

No wonder, then, that when President Macron – for whom quarantine was waived – visited London on 18 June, to present the city with the Légion d’honneur on the 80th anniversary of General de Gaulle’s appel to occupied France to resist the Nazi invaders, a discussion was held in the margins with Prime Minister Johnson about when the quarantine might be lifted. Of course, Mr Macron could unilaterally have ended French restrictions, as he was poised to do just when Johnson shut Britain’s stable door after the Covid-19 horse had bolted.

He cannot be blamed for retaliating, though France has so much more tourism from British citizens than Britain does from French ones that the restrictions cause much more economic harm to France. In Britain, the consideration is not just about economics, but about liberty – the liberty of people wishing to holiday in France to be able easily to do so. If at the time of the next promised review – June 29 – the British government does not announce a bilateral deal with France to allow unquarantined transit for British and French nationals, an already tempestuous political climate at Westminster will become yet worse.

MPs are being besieged by complaints from prospective holiday-makers, who see the rate of infection in both countries dropping fast and lockdown being loosened, and cannot see why this restriction is being maintained. It must be exceptionally tempting for Mr Macron to allow British tourists into France without quarantine even if the privilege is not, at the moment, reciprocated.

The state of France's economy

As in all other European countries post-pandemic, the state of the economy in France is parlous. Things were going badly for the Macron administration before Covid-19 struck; they will almost certainly become even worse, with unemployment rising. In the days after France reopened properly for business on 15 June the President put on a superb show of dynamism in urging people to go out and patronise cafés and restaurants, and to arrange holidays in the Hexagon.

However, his critics are circling. Notably, the chairman of his party, Gilles le Gendre, a former journalist, has urged him – in a memo helpfully leaked to the press – to sack Edouard Philippe, his prime minister. Mr Philippe, the mayor of Le Havre, has been a model of sobriety and industry during his three years at the Hôtel Matignon, obeying the main rules that any Fifth Republic prime minister will tell him are essential to survival – don’t upstage the president, keep your head below the parapet, keep out of the headlines (unless they are good headlines) and appear ready to take a bullet for the boss if necessary.

Read more: calculate your property value online with these websites

Appearing ready to take that bullet and happily taking it are two very different things, however. It is hard for an objective observer to fault much of what Mr Philippe has done. The unrest in the governing party, La République en Marche, which has caused a number of deputés to leave it in recent weeks, has been caused by Mr Macron’s opacity at the 2017 election. Because he had served in François Hollande’s socialist administration (albeit in its later, chastened, reformist phase) some people thought he was a leftist.

He wasn’t, and isn’t, and some of the economic remedies he proposed for a France living beyond its means smacked too much of Anglo-Saxon economics for some in his party. But if things were bad before Covid-19 struck, measures required to put France back on an even keel now will be awesome: and all the tourism in the world is unlikely to make enough impact to change any of that. A relaunch, the sort of thing one normally sees in September after the rentrée, or perhaps after the local elections, is scheduled for July.

It will coincide with the return to normal life, but its timing means that, if it includes ministerial sackings or stringent corrective policies, any unpleasantness will be forgotten and life will have moved on before everyone gets back from their holidays. If Mr Philippe is limogé it will be through no fault of his: a great sacrifice will be necessary to show both contrition for the administration’s failings – failings caused by policies minted by Mr Macron – and to convince people that a new broom will sweep clean.

It is unlikely that Mr le Gendre will offer to do the job: a job that the term ‘poisoned chalice’ hardly begins to describe. Bruno le Maire, the finance minister, seems to think he should take over. Any new direction may be antipathetic to the broadly socialist political culture that has become embedded since the end of the Third Republic; and Mr Macron’s re-election campaign effectively starts here. A prime minister who has to deal with all that need not expect much sleep for as long as his job lasts.

Read more: the best French-themed books to read this month