Cookie Consent by FreePrivacyPolicy.com Britons' stories: Why we are keen to be back in France again French News and Views in English | The Connexion
23 june 2021
Classifieds Currency exchange Newsletter
Login Register BASKET
Facebook Twitter

Britons' stories: Why we are keen to be back in France again 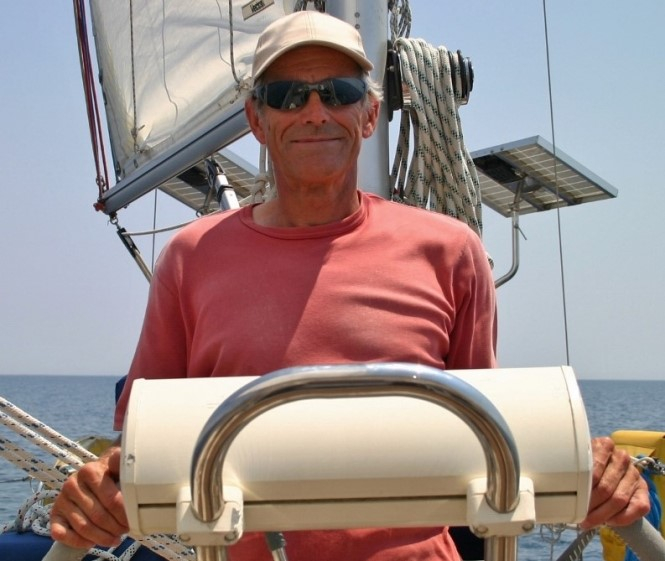 Gordon Knight used to sail around the Mediterranean but bought a motorboat to cruise France's inland waterways five years ago as a more leisurely alternative Pic:

Two campaigners for the rights of British visitors to France told us why they are looking forward to returning as Covid rules ease, despite the limitations of the EU’s 90-day rule.

Gordon Knight, 73, who loves to travel the French waterways in a motorboat, says he cannot wait to explore new French canals opening up this year; meanwhile Steven Jolly of the 180-days visa-free campaign said he is “desperate” to get back to the simple life at his second home in Pays-de-la-Loire.

It comes as the UK confirmed that it will end its blanket ban on holiday travel on May 17; even so France will be, pending future three-weekly reviews, on its ‘amber’ travel list, meaning that travel here is still not ‘recommended’ by the Foreign Office, and self-isolation for up to 10-days is needed on return to the UK.

What is more, France is currently asking arrivals from the UK to self-isolate for a week voluntarily, though this is hoped to change by June 9 for those who can prove their safe Covid status with documentation acceptable to France.

Mr Knight said he is keen to come back this summer, though the 90-days in 180-days limit remains an issue for him, especially as he likes to take his time compiling guides to the French waterways.

He added: “I’m chafing to get out to France but at the moment weighing up how best to spend my 90 days, and the Covid restriction levels. At the moment there is testing at both ends so it’s quite a costly business just coming for 90 days and for longer you have to apply for a visa, which I might consider for next year.”

He said amber listing would mean ‘hoops to jump through’, but he hopes things will change later in the year.

He is also watching out for news of whether France will simplify entry for those who have been vaccinated. “I and my wife are vaccinated and as soon as there is news that this will be acceptable to the French we will probably be off.

“This year the French are opening two of the canals that have been closed for many years, the Canal de la Sambre à l’Oise, that goes through to Belgium, and the Canal des Ardennes. They are both very attractive cruising routes and I am keen to try them out. They are open from July onwards so that is very much on the horizon.”

Mr Knight added: “My main worry is having enough time to do my guidebook research and I can’t get a work visa as I do it voluntarily. I’m hoping once the wrangling in the aftermath of Brexit is over, at least one EU country will break ranks and say it’s only fair to give Britons longer, because we are former EU members, and we allow EU citizens to come for up to six months at a time. Then perhaps others may do it as well.

“I think France will only think about it seriously if they see that figures for British tourist income have plummeted compared to what they have been historically. We long-stay visitors contribute more to the economy than those coming for short holidays."

Mr Jolly, 65, from Bradford, said: “I’m desperate to get back to my house, as are thousands of other second-home owners.

“I’m missing the garden, the peace and tranquillity, our French neighbours, our favourite restaurant, the local pâtisserie… For us it’s a home from home, but a more relaxed way of life.”

He said he has a ferry booked in July and is hoping to spend a few weeks in France from then.

However he said he has been lobbying ferry companies to help provide low-cost Covid tests.

“At the moment the quarantine issue doesn’t bother me, but the biggest barrier for UK residents is the exorbitant cost of Covid tests.”

He said there are also concerns among second home owners about requirements for long-term visa applications for trips up to six months. He said he has seen in online forums that some second home owners report being asked by the French consulate for full private health insurance despite the Ehic/Ghic card scheme in place.

He added that the campaign for 180-day (six month) visits has largely “stalled” and it is “hard to know who to blame”. Neither the UK nor EU has shown an appetite for it at present, he said.

The campaign has also lobbied French MPs to try to make the visa process easier.

“That led to some questions being asked of French ministers, and a little bit of sympathy, but not much progress,” he said.

Returning to UK from France: How to get a French Covid test

Mona Lisa ‘replica’ sells for record €2.9m at auction in Paris
20 June 2021
More from Community
More from Connexion
Get news, views and information from France
Join the newsletter
Subscribe to The Connexion