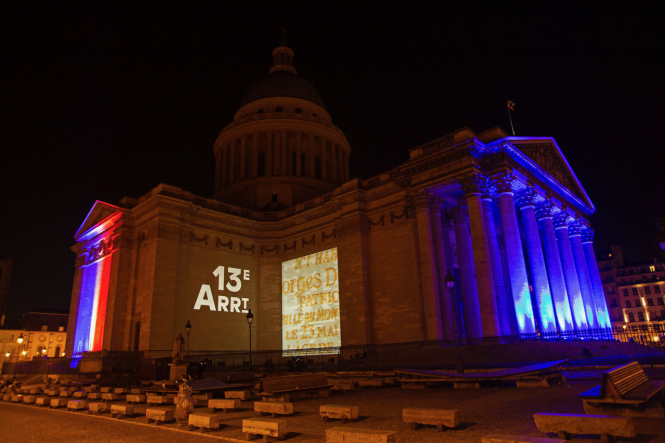 The director of the Allied Forces Heritage Group is to receive his MBE medal, awarded for services to Anglo-French diplomatic relations, at the British Embassy in Paris today (September 15).

Ian Reed will receive the insignia from the recently appointed UK Ambassador to France, Menna Rawlings.

He has also been awarded France’s highest honour, the Legion d’Honneur, which he will be presented with in November.

Both ceremonies were delayed by Covid-19 health restrictions.

The Allied Forces Heritage Group is made up of established historians, academics, professionals, researchers and supporters from a wide variety of disciplines and organisations which use their experience to help promote the commemoration of the allied services, covering not only the two World Wars, but also the Franco-Prussian wars and events going back to the Napoleonic era.

“It means we have a huge amount of historical knowledge at our disposal,” Mr Reed told The Connexion, “and as a consequence embassies and NGOs get in touch with us to ask for our help in their research projects.

“For example, in France there are hundreds, perhaps thousands of WWII crash sites of aircraft, and particularly over the past ten years, small towns and villages have suddenly started to rediscover a crash local to them and want to know all about it.

“They often go to the British Embassy, which then asks us to help out, as we have all the documentation relating to many of these incidents. In a way we are helping Anglo-French diplomacy and that is really our raison d’être.”

He says this is particularly important since Brexit:

“France is the UK’s nearest neighbour. We are the only two nuclear powers in Europe. We are the only two permanent members of the Security Council and our cultures are very similar and we stand for the same things in life, and I think it is only right that we work together very closely at all levels.”

Mr Reed started life as an archaeologist, and went on to work in the water industry in local government for 29 years before taking over as director of the Yorkshire Air Museum and Allied Air Forces Memorial in 1999, which he transformed from a rundown institution, to the largest independent air museum in the UK.

It is on the former RAF Elvington base near York which was the only French World War Two heavy bomber base, and so during his 21 years there he became interested in Anglo-French historical research which led to his involvement with the Allied Forces Heritage Group.

“We are involved in several events and projects and there is a lot more coming. We have only just started really.”

This week on September 16, 17 and 18, there will be a “Covid safe” exhibition at the Panthéon in Paris.

Laser projections of the historic wartime commemorative plaques in Paris to the resistant members, deportees and ordinary men, women and children who were killed during the Nazi occupation will be shown every evening from 20h-midnight. Anyone walking or driving past will be able to see it for free.

Ian Reed did much of the research into the stories of the people behind the plaques:

“A well-known graphic designer and typographer Philippe Apeloig started a survey of the plaques in Paris purely out of an interest in art and the way they had been designed. He got his young team to start photographing them, often from precarious positions up ladders.

“As time has gone by they have been deteriorating and often disappearing behind modern shopfronts and buildings. Philippe Apeloig discovered there had never been any research into them and we started putting a book together, and I started investigating the stories behind the names on the plaques.

“Some are of children who were deported to Auschwitz, civilians who were shot by the Nazis in the street and it even includes British and allied aircrew who were hidden in houses when British SOE agents were dropped in to help liberate Paris.

“When I started publishing the stories people were really fascinated because they had noticed the plaques but did not know the background. We were due to organise an inside exhibition, but Covid stopped that so we came up with the idea of projecting the images by laser on to the Panthéon.”

The day before the exhibition, Mr Reed will be presented with his MBE.  At the same occasion the families of two French pilots who fought in the Battle of Britain will be presented with British World War Two medals, including the rare Battle of Britain clasp. This was another event Mr Reed made possible by researching to find the pilots’ families. He says it is important to keep telling the human stories behind the wars of the past:

“In the Allied Forces Heritage Group we have a huge number of enthusiasts and people with a vast amount of knowledge and I think as you get older, that well known phrase that those who cannot remember the past are condemned to repeat it, becomes more and more relevant. We have seen it in Afghanistan.

“The events in France in World War Two can happen again, as it did in the Balkans, almost exactly the same. Every generation thinks it is better than the previous one, but unfortunately people keep on making the same decisions and mistakes. So this is doing our little bit to remind people of what can happen.”

Artisan soap maker: 'After six years, it still gives me a thrill’
22 October 2021
More from Community
More from Connexion
Get news, views and information from France
Join the newsletter
Subscribe to The Connexion