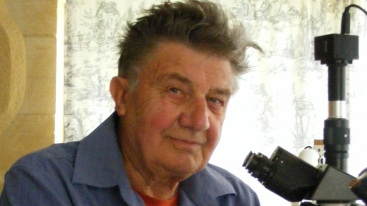 Mr Cave passed away at home, cared for by nurses from the hospitalisation à domicile team in his town Gourdon, Lot after being diagnosed with a virulent form of lymphoma (blood cancer).

Mr Cave, 85, who leaves three daughters, moved to France with wife Helen from Gloucestershire, England, after retiring from a career teaching and then running an environmental field work centre. He became known for campaigning on issues such as British expatriates’ rights to exportable disability benefits, the Winter Fuel Payment and the vote. He ran the blog Pensioners Debout, was involved with voting rights website Votes for Expat Brits and helped found ECREU, part of the British in Europe coalition of campaign groups that support Britons abroad in the context of Brexit.

Mrs Cave said in the UK he was always very involved in conservation matters. “Something was always going wrong somewhere and people would ring asking him to do something about it.

“But Brian attracted causes and no sooner had he got over here than he got involved in other campaigns.

“He campaigned on issues like the WFP at first but latterly he was concerned about the patent injustice of the fact that although we were potentially going to be badly affected by a Brexit, since we had been in France more than 15 years we would not be allowed to vote in the referendum, which seemed a denial of democracy. He started rallying people to the cause. He really wanted to help people; individuals as well as the public at large."

Fellow ECREU founder Roger Boaden said Mr Cave was “a giant among those who have campaigned for the rights of British citizens”.

“He was a consummate networker and a great team player,” he said. “He worked with and encouraged the talents of us all, always focused on the ultimate goal of justice for the British abroad. As with many of us, he was deeply affected by the outcome of the referendum but encouraged us to set depression aside and start yet another campaign.”

He added: “We will miss his skills, his wisdom, and his campaigning zeal. I for one learnt a lot from him. I’m proud to have known him, he was a gentle gentleman, and I will honour his legacy by never giving up fighting for our rights.”

OAPs would qualify for fuel payment

UK is wrong to stop me voting

Brian Cave tells how he felt after the Brexit vote

Brexit
vote
campaign
More from Your News
More from Connexion