Carol service is a reminder of what we share 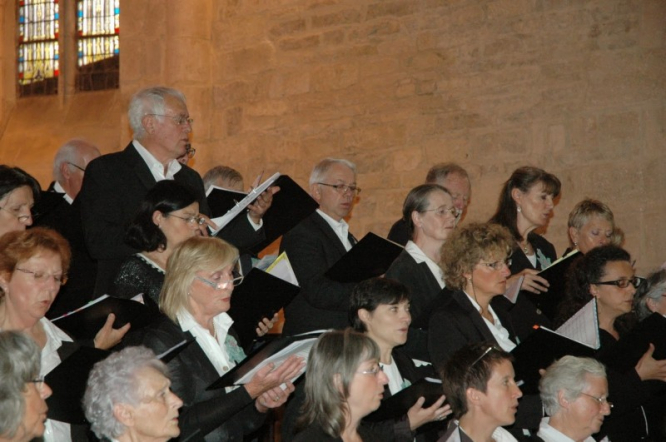 Il est né le divin enfant and Once in Royal David’s City ring through the church, followed by Silent Night, Holy Night in Dutch, French and English. I am fortunate to have a chance to sing with the Cœur du Parisot at their annual Christmas concert.

The first half has been a moving rendition of Britten’s Ceremony of Carols and the ‘extras’ like me have joined for the carols in the second half.

Le Cœur du Parisot is an excellent example of Europeans living alongside one another and joining each other through music. There are French, Irish, Dutch and English singers who perform in a range of languages.

Led by their young and talented director Jérémy Costes, they had prepared Ceremony of Carols in four months and in January will begin works by Puccini and Vivaldi. They perform with piano or organ accompaniment and use their own members as soloists.

Jérémy is supported by their president, Françoise Laggarigue, who holds together the organisation of the choir like a smooth pro… she used to be a primary headteacher.

One of the challenges of singing in the group is the number of times one changes between speaking French and English within an evening. There is no expectation that members will speak both languages, or indeed Dutch, but the bilinguals tend to swap languages according to who they are speaking too. It’s fun.

A bilingual discussion group in Cahors operates in the same language exchange way. This group is part of ‘Alliance France/Grande Bretagne’. We meet weekly and someone brings an article, a poem, or some prose and we read and discuss in the language it is written in. We have learned about the Danish Royal family, drug addiction issues in the US, the difference between private schooling provision in France and the UK and the work of Louis Pasteur.

There’s always much laughter as we exchange useful phrases and seek to explain the idiosyncrasies of our native tongues.

In both the choir and the discussion group one realises that there are significant and important cultural differences between countries in Europe – surely part of what attracted us to live in France must be our interest in and respect for its unique culture. But at each of these events I’m struck by how much more we share: how interested we are in one another; how we respect our countries’ differing approaches, but also in how very much we share that which makes us European.

I watch with dismay as the UK tears itself apart over Brexit and how the social divide becomes daily of greater concern. But Brexit also denies our European shared values and all that we share.