Cycle for Life... and to enjoy a fun ride 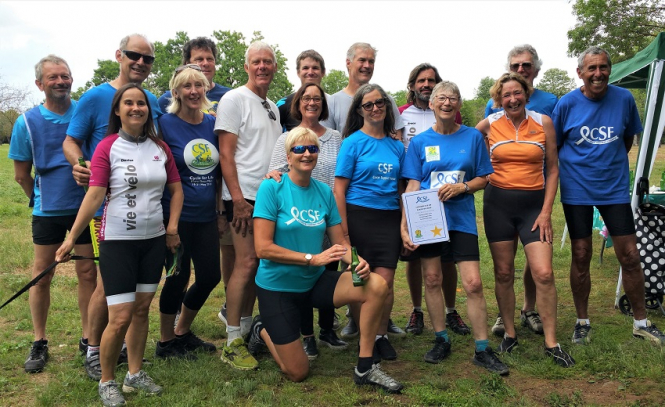 It is a bike ride to raise funds for Cancer Support France (CSF), which helps English-speaking cancer patients, their friends and families.

This year’s route is in Languedoc-Roussillon and it will last five days.

It is a gentle, scenic route with about 50km a day on fairly flat terrain and the schedule has been drawn up to leave plenty of time for lunch and refreshment stops.

It has been designed by Bruce Baird and Denise Hands, who run cycling holiday company Vie et Vélo and know the area well.

This year’s event is in two halves to allow people who can commit only to a short period to take part.

The first stage, on May 15 and 16, goes through the Haut Languedoc National Park from Mazamet to Bédarieux, along an old railway line.

There is an overnight stop at St-Pons-de-Thomières.

A train will then take cyclists from Bédarieux to Béziers for the second stage, from there to Perpignan.

Cycle for Life organiser Penelope Parkinson said the events are always good fun and the beginning of May is not too late to sign up to take part.

She said: “It is a superb way to take exercise as well as share in what can only be described as a very enjoyable event, full of laughter and sore bottoms!

“If you cannot participate, then please consider supporting a cyclist through sponsorship or perhaps coming to cheer us along the way.”

Last year’s Cycle for Life raised CSF’s target of just over €10,000. Thirty-three riders took part, with six completing 700km from Royan to Marseillan port, from the Atlantic to the Mediterranean.

Two, Elizabeth Merena and Curtis Breedlove, came from America to take part. They are back again for this year’s – much shorter – event, which is already a hit with riders.

Cycle for Life is the only fundraiser for CSF National. The money is used to organise an annual trainers’ conference at Toulouse’s cancer hospital, and it helps people to get there, stay, and take part.

It is the most important event in the CSF year as it helps trainers to share, discuss and develop training, to ensure a high quality and consistent support service across France.

It was founded in 2002 in Poitou-Charentes by Linda Shepherd, after she was diagnosed and treated for breast cancer shortly after moving to France.

She felt she needed to talk to someone about her fears and worries in her mother tongue.

She has since died after a long battle with cancer but she left the legacy of an association which has helped more than 2,000 people in the past 17 years.

Mrs Parkinson was president until the AGM in February, when she handed over to Patricia Lockett, who will be at the start and on the last two days of the cycle ride.

Full details for this year’s event are on csfcycleforlife.org, with a participant’s pack which gives practical information about accommodation and meals, at cyclists’ own cost.