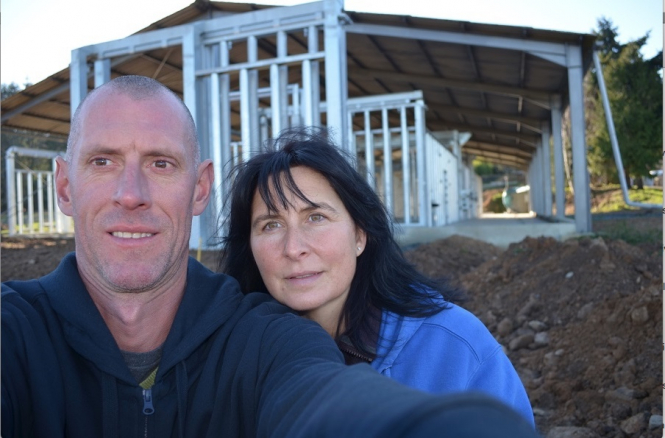 Tony Verhulst (above, with partner Sophie Goetghebeur) said it will help them finish a barn to house three elephants – and they hope to welcome the first animal to their Haute-Vienne sanctuary this year.

Sue Olsen, founder of the Olsen Animal Trust, said the charity particularly likes to help initiatives like Elephant Haven “that are owned and managed by passionate people, such as Sophie and Tony”.

She said she did not wish to disclose the exact amount to avoid being asked for similar sums from other projects, but described it as “substantial”.

The couple decided to create a sanctuary for elephants in 2012 and moved from Belgium in 2014 because of the availability of land in France.

It took them until 2016 to raise the money to buy land at Bussière Galant and they spent three years getting the necessary permits and money to start building last May.

“It has been a long and hard journey,” said Mr Verhulst. “We want to be ready by the end of 2019 but it depends on weather and the construction and each step forward also means new paperwork to go through.”