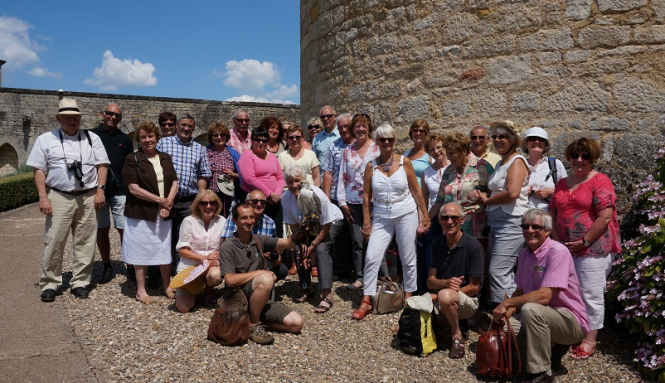 Locals are encouraged to take part so French and English can meet up and help each other.

The Club de l’Amitié Franco-Anglaise at Rouillac, in the Charente (clubrouillac.com) was founded in 2005 and has around 80 members.

As well as lessons, there are social events throughout the year to encourage local French and English-speaking residents to mix and communicate.

Bill Clarke, who has been president for the past eight years, said: “It is much more than a language club.

“We have outings, a games night in March, with mixed-language teams so everyone has to talk to each other, a walk in May, an annual outing in the summer, and a Christmas meal where we have a tombola to raise funds for the Telethon.”

He says about 60% of the members are English-speakers.

Many of the French have been part of the club for several years and they are more than happy to have the opportunity to practise their English.

“We have our English lessons for French people on Tuesdays, which tend to be based around articles about history or geography, and give people the chance to hear and talk English.

“Thursdays are French lessons, where there is some formal grammar teaching for those who want it, as well as conversation.

“All our teachers are volunteers and we encourage students to go to classes on both days so that there is maximum opportunity for learners to hear the other language spoken by native speakers.”

He says it really helps people integrate: “My wife Diane and I joined when we came to France 14 years ago and found the more informal classes, meeting local French people, a lot more helpful than the classic classes we also took.

“We have made many friends in the club that we now see independently of the lessons and social activities.

“New arrivals find it a useful way to meet other British people as well and, talking to the local French, they find out who are the best people to take on if they need some work doing.

“It works both ways.”

Members can join at any time of the year at a cost of €40, which covers the language lessons and gives reduced charges for the social events.