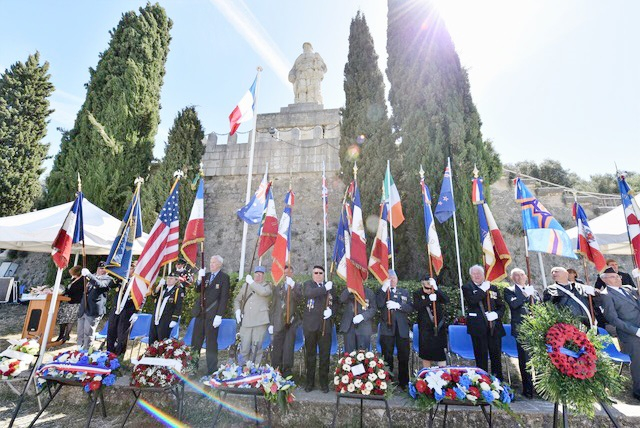 Veterans remember fallen soldiers at two Anzac Day ceremonies (one at dawn, one at 11am) in Antibes
By Connexion journalist

Around 100 people are expected at the 5.30am dawn ceremony in Antibes in the Alpes-Maritimes, and twice that number at the 11am main ceremony.

Anzac Day marks the anniversary of the landing of mainly Australian and New Zealand troops on the shores of the Gallipoli peninsula, Turkey, in 1915.

More than 11,000 troops from the Australia and New Zealand Army Corps (Anzac) were killed in the campaign and nearly 25,000 were injured.

“It is attended by many French people, including town authorities and veterans’ associations, as well aS Antipodeans.

“The Royal British Legion is represented by retired Royal Navy commander Simon Jackson, who lays a wreath in memory of fallen British soldiers.”

The idea of holding a service in Antibes came to Royal Australian Navy veteran Steve Wright when he was working in the yachting industry based in Antibes in 2012.

He travelled all the way to Pas-de-Calais to find an Anzac Day ceremony and was so moved that he decided there should be one in Antibes.

This year will be the seventh time they have held the ceremony.