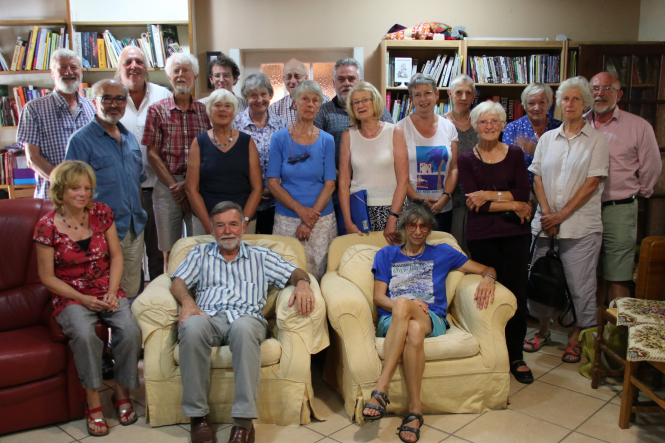 If you enjoy debating, the South West Left Group could be for you. It describes itself as a friendly, informal group of mostly English-speakers living in the Dordogne and Lot-et-Garonne.

Members share a mainly centre/left-wing political viewpoint and meet every month for either a discussion on current affairs, meal, quiz, music or topical film night.

Averil de la Rue is secretary and has been a member for 16 years. “It began 20 years ago and there are now around 40 members on the list, but at each meeting there are about 20. We take it in turns to host the meetings in our homes.”

There is never a shortage of subjects to discuss. “The topic is decided in advance so we can debate better. We look at French, British, European and international topics.

“We have American members so we have been interested in the US elections, as well as the French Presidential elections and Brexit, because of the effects that will have on us.

“Other subjects have included broader topics such as social problems in the UK. Often there will be an expert present who worked in a relevant capacity in their professional life, which can bring an interesting insight to the debate.”

The discussions take place every two months on the last Sunday of the month, and in the intervening months there is usually a social event.

Mrs de la Rue said: “We are a friendly group. We try to make people feel comfortable so they feel at ease to be able to say what they want. It gives us a chance to talk about things as we are all interested in what is going on in the world.”

Membership is just €5 a year as their outgoings are small, but it could pay for an aperitif as well as the few administration costs. New members are welcome and can get in touch with Mrs de la Rue by email at averildelarue@wanadoo.fr

politics
community
association
More from Your News
More from Connexion