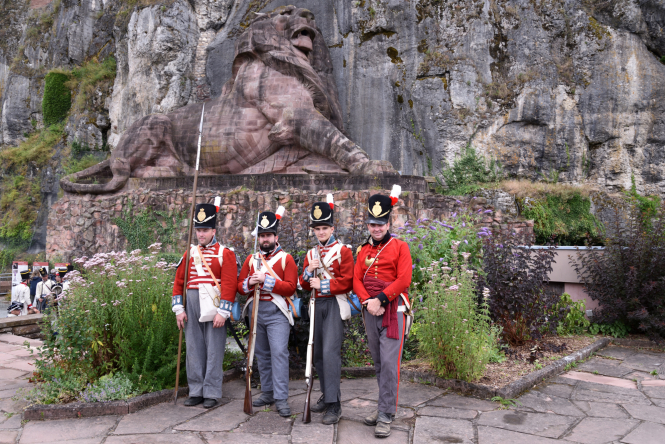 By that time it had soldiers of all nationalities, including Germans, Italians, Spanish, Russians, Danes, Romanians and Americans.

Mr Middleton, a historian who lives in Colmar, Alsace, has a French mother and a British father and lived in the UK until 2004. He said his group aims to help French groups to give more interest to reconstructed battles.

So far there are six members in France plus others who have joined his Facebook group from all over the world, including two from Leeds who plan to come for events in France.

He said: “The re-enactment scene in France is vibrant. Groups are not very big, around 20 at a time, but there are several.

“They mostly cover the Napoleonic wars and the Medieval Period and often members will take part in different groups for different events. We do re-enactments among ourselves for our own interest but also put on shows for the public. Communes are often keen for us to represent history in a realistic way at village celebrations. I also often go into schools dressed as a French soldier to bring history to life for pupils.”

Mr Middleton says being in a re-enactment group is a different way of looking at the past he has read all about.

It is also very sociable: “It is a fascinating hobby when for a while you can cut yourself off from the modern world, meet like-minded people and make friendships that last a lifetime. We would be happy to have more people join us and they can contact us via our Facebook page.”

history
Napoleon
More from Your News
More from Connexion