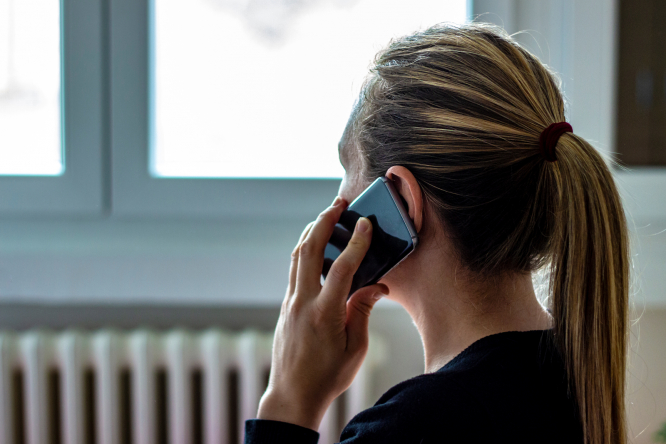 The charity says it never gives up on families - 'It can be a huge ordeal for them and we stay in contact as long as is necessary, even after the person has been found' Pic: Jelena Stanojkovic / Shutterstock

When Esther Dingley’s remains were found in August, more than eight months after she disappeared during a solo trek in the Pyrenees, her family in Britain was supported by LBT Global.

“Most can be solved quickly. For example, one mother contacted us because she had not had her daily call from her son, who was travelling abroad, for two days,” he said.

“We quickly worked out this was because he was trekking through a remote rainforest with no signal.

“At the other end of the scale, we had one case where we reunited a family after 16-anda- half years, but this is rare and we have to help people manage expectations when it is unlikely they will ever see their loved ones again.”

When it comes to an emergency overseas, Mr Searle says speed is of the essence.

“We call the first hours ‘the golden hours’. If we know someone has gone missing in Paris, for example, we have far more chance of finding them if we receive a report after half an hour than a day later, when they could be far away.”

LBT Global advises that relatives should also contact the British Embassy, local police abroad, and, if they live in the UK, the relevant police service for their home address.

The extra help provided by the charity comes in the form of information, liaison, advice and support, as well as actively searching for the missing person. Although only a small team, it has worldwide contacts, and Mr Searle says it can use social media effectively at a local level.

“We have a team of volunteers who send emails to the businesses and organisations in that area and ask them to send us information and put up posters.

“We nearly always get useful information in this way.”

The charity says it never gives up on families.

“It can be a huge ordeal for them and we stay in contact as long as is necessary, even after the person has been found.

“If there is a death, we will help bring home the body, deal with the formalities and give support during grieving.

“When someone comes home, we often go to the airport to mediate, as the cause of the disappearance is sometimes an argument.

“Some people need mental healthcare when they arrive, or help from social services.”

Mr Searle says there are five to six missing persons cases every three months in France. Most are turned round quickly.

At the time of writing, there were 18 ongoing cases – the oldest dating from 2008 and the most recent from this May.