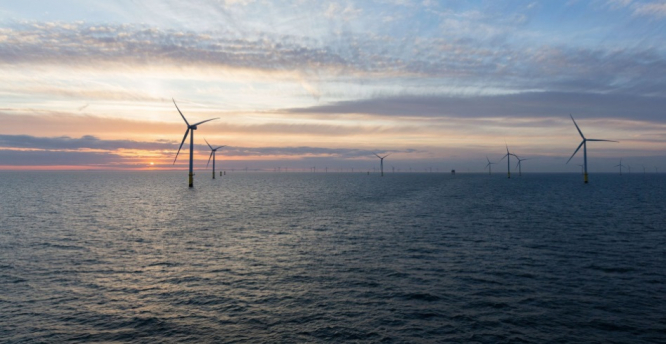 The UK is a leader in offshore wind farms, while France is a nuclear energy power - but a new connection project has stalled due to Brexit
By Connexion journalist

The project involves installing new cables under the English Channel, with a capacity for transporting up to 4.8 gigawatts (GW) of electricity between the two countries. This is more than double the capacity of the current line (2 GW).

The plans have been spearheaded by British-Ukranian businessman Alexander Temerko.

There are currently three companies in the running to take on the plans: Aquind, FABLink and GridLink. A report on the project commissioned by Aquind found that it has the potential to “create an economic value” of €1.1 billion to France over the next 25 years.

The project, which would be privately funded and would not use any public taxpayer money, would also create 250 new jobs in the Normandy area.

But French regulator la Commission de Régulation de l'Énergie (CRE), has paused the project due to Brexit, saying that it has created too many uncertainties between the future usability of energy connections between France and the UK, and therefore puts the project’s viability into doubt.

Yet the project appears increasingly necessary for both countries.

The UK often relies on France for its imported electricity needs, especially as the country is set to close all of its coal-fired power stations by 2025, and look to renewable sources instead.

France produces more energy than it needs, and therefore exports the excess, but it must have viable export links to do so, as electricity must be consumed as soon as it is produced, in the absence of any reliable technology to store it indefinitely.

In such situations, France is able to call on UK electricity to ensure its power continues.

Similarly, in 2017, during an exceptionally-cold two-week period in France, the country was able to import power from the UK to ensure a continued supply during the coldest days.

France and the UK are often seen as good renewable electricity partners, as France leads with nuclear energy, and the UK is a world leader in offshore wind farms.

France is also set to develop its solar and wind farm energy production in future years, and is seeking to double its capacity for inter-country connections by 2035.

Brexit is continuing to cause uncertainty for the sector, CRE has said.

Domitille Bonnefoi, of the CRE, told newspaper Le Figaro: “If the UK quits the interior [EU] energy market, the allocation system will be replaced by an open auction, and connections will bring less value to European consumers.

“We do not believe that it is pertinent to launch new Franco-UK connection projects before we can see a little more clearly.”

Future cooperation has not been ruled out completely. A report by CRE - which was published last year - detailed a “very ambitious wind farm project in the UK on the horizon in 2040”.