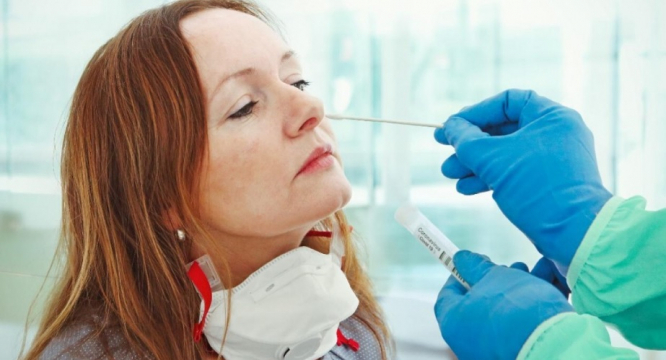 As with PCR tests, rapid antigen tests are taken using a nasal or throat swab.
By Joanna York

Rapid antigen tests do not need to be sent to a laboratory to be processed and they return results in 15-30 minutes.

This makes them faster and less labour-intensive than current testing methods used in France (PCR and blood tests), which must be sent to a laboratory to be processed and take 24 hours to produce results.

In many laboratories in France, even meeting a 24-hour deadline has become impossible as demands for tests have doubled since August, with more than a million people now being tested for Covid-19 per week.

François Blanchecotte, president of the biologists’ union, told news source Le Figaro that the problem is there are not enough laboratories with the right technology to meet current demand. He said of around 400 laboratories in France “there are only 128 with the technical capability to process the tests being taken each week” and return results within 24 hours.

Other laboratories rely on technology that returns tests more slowly, leaving some people waiting for results for up to 12 days.

As rapid antigen tests cut laboratories out of the process, Health Minister Olivier Véran has said they could be a “very useful complement” to existing testing methods in France.

Rapid antigen tests are conducted by taking a sample from the throat or nostrils, much like a PCR test. The test detects whether or not virus proteins are present in the person being tested and can return positive results when a person is at their most infectious.

However, they are considered significantly less reliable than PCR tests as they are less sensitive.

As such, it is not advised the rapid antigen tests replace existing testing methods, but are instead used an initial test, with people who test positive going on to have a PCR test to confirm the results.

In a statement, Roche said its tests may be especially useful “as a valuable initial screening test for individuals that have been exposed to SARS-CoV-2 infected patients or a high-risk environment".