5,000 to attend indoor Covid test concert in Paris on May 29 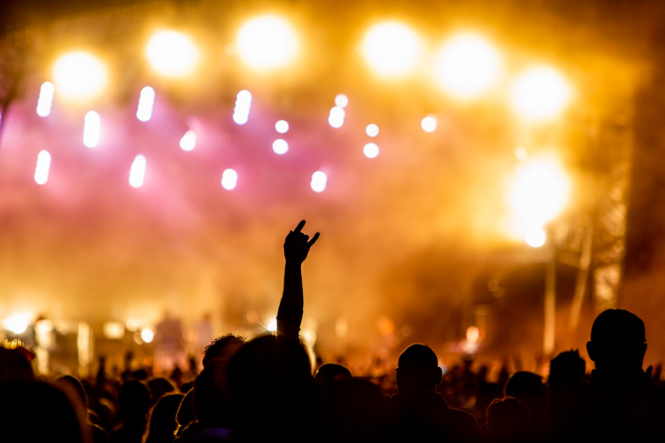 People who want to attend the concert can sign up for tickets online. Attendees will be selected at random Pic: BlancCreative / Pixabay

French authorities have given the green light for a test concert to go ahead in Paris on May 29 with 5,000 attendees.

The group Indochine will perform at the event, and the French press has reported that President Emmanuel Macron will also be present. It is not known if the President will appear on stage.

The concert will be held indoors, at the AccorHotels Arena at Bercy, in the 12th arrondissement of Paris.

Hospital group AP-HP de Paris, which is running a study of the event, said in a statement: “The main objective is to show the absence of an increase in risk of contracting Covid seven days after the concert among people who were present.”

A further 2,500 spectators will watch the concert from home and will also be tested seven days later for comparison.

People who want to attend the concert can apply via the Ambition Live Again website from May 13.

To be eligible you must be 18-45, resident in Ile-de-France and not had any Covid symptoms or contact cases for the past two weeks.

Tickets for the concert are free and attendees will be selected by random draw.

Crowd must wear masks, but do not have to socially distance

People who attend the concert in person will have to test negative for Covid-19 beforehand, wear surgical masks during the event and sanitise their hands regularly. They will not have to socially distance from each other during the concert.

The indoor venue will be also ventilated as much as possible.

Union for live music and variety shows Prodiss is behind the organisation of the “Ambition Live Again” test concert project.

It said in a statement: “This project should bring hope to a sector that needs it, and which has been stopped for 14 months now… today we start preparing for a return to normal in September.”

Similar concert a success in Barcelona

Live indoor concerts have been banned since the health crisis began in France in March 2020.

Lead singer of Indochine, Nicola Sirkis, told AFP: “We will play for free, but we will invest in the concert to put on a real show.

“We want to do it to help the whole profession, and to show, as in Barcelona and Amsterdam, that going to a concert with masks is not a risk.”

A test concert with 5,000 spectators was held in Barcelona on March 27, after which six attendees tested positive for Covid-19.

Of these, four were found to have been infected elsewhere, rather than at the concert.

Researchers concluded that there was “no sign transmission took place” during the event.

14 hours ago
2
Coronavirus: Daily updates on the situation in France

5 days ago
4
Covid France: Changing rules for testing and quarantine this summer