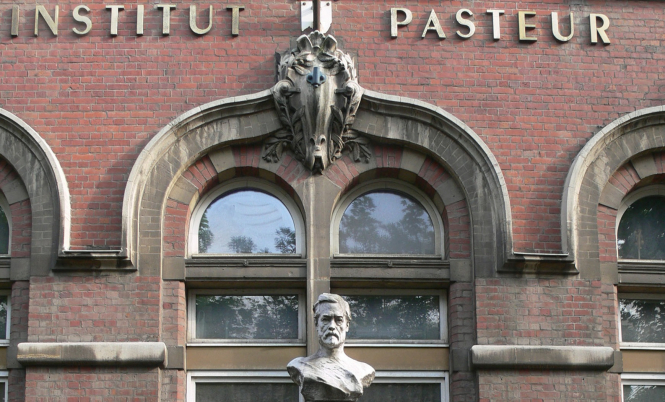 Medical institute l’Institut Pasteur in Lille has received a grant of €5million from luxury goods giant LVMH to continue its research into a new molecule drug that is “particularly effective against Covid-19”.

The work into the drug as a possible treatment against the virus was first revealed in late September, and was dubbed a “miracle molecule” with almost no side-effects.

The drug is thought to be called Clofoctol, according to a report by specialist news source AEF info. Yet, the Institut Pasteur in Lille has “neither confirmed nor denied” the name of the drug.

If the medication is indeed Clofoctol, its eventual use against Covid-19 would be a “repositioning” - meaning an existing drug being used for something other than its original intention.

Clofoctol was already used in France between 1978 and 2005 to treat respiratory conditions, in a suppository form named Octofene.

It was pulled from use in France due to a “lack of effectiveness” for its then-intended purpose, but is still used in some European countries.

Now, a new clinical trial, first on animals and then on humans, is expected to show that the drug in question can be “repositioned” to be used as a treatment for Covid-19.

A “task force” at the Hauts-de-France institute includes around 30 pharmacologists, virologists, chemists and engineers working on campus, as part of the Apteeus group, which specialises in researching treatments for rare diseases.

He told AEF info: “We tested more than 2,000 medicines at the end of May, and a molecule was identified after a rush of screenings. This molecule acts on two entry points of the virus in human cells, unlike [other controversial Covid drug] hydroxychloroquine.

“Moreover, [this drug] doesn’t need to be increased in concentration for it to be effective, unlike [other Covid-19 drug] Remdesivir.”

If the drug is proven to be effective and safe to use on patients, this simplicity means it could be administrated easily, even outside of a hospital, as soon as a positive Covid-19 result is found.

Acting this quickly on a positive case could rapidly decrease the “viral load”, reduce the contagion of the patient, and avoid the illness developing into a more serious case.

Researchers are aiming to use saliva tests to speed up testing times.

In May, the institute presented its findings to Minister for Research and Higher Education, Frédérique Vidal, as well as Prime Minister Jean Castex.

Xavier Bertrand, president of the Hauts-de-France region, promised support on October 1. Regional councillors are expected to vote on a grant of €800,000 this month.

But in September, it made the decision to publicise its findings, with a view to raising investment to continue its clinical trials.

News of the “miracle molecule” spread.

As a result, the real money has come from private company, French luxury goods firm LVMH, which on Friday October 9 announced a €5million donation to the Institute.

LVMH CEO Bernard Arnault is said to have made the decision after hearing researcher Professor Déprez speak about the project in the press.

The company, which helped to make masks and hand sanitiser gel during lockdown, has said that it is “vital that research [against Covid-19] can continue”.

Trials to go ahead

The money will allow the institute to continue tests, and recruit extra staff to help with clinical trials.

Professor Déprez said: “€5 million is the sum necessary to run a trial among humans, against a placebo, and ideally double-blind [the gold standard of trials]. It is quite expensive because you have to make a placebo, randomly choose patients, and get the trial approved by national drug safety agency Agence Nationale de Sécurité du Médicament et des Produits de Santé.”

The money from the regional council will go towards prior animal testing, which will be undertaken by the Paris-based CEA immunity lab.

But Professor Déprez said: “Our objective is to avoid using animals as much as possible by doing as many tests as we can in vitro [test tubes]. To estimate the risk/benefit ratio of a new product, we obviously have to test on animals. People might ask why, when this is a drug that has already been used to treat thousands of patients…

“But proof of effectiveness among animals is a good thing to push a project through the academic community.”

The professor said that the decision to “neither confirm nor deny” the name of the drug was due to “the hysteria” that doing so “can create”.

He referenced the media frenzy over the drug hydroxychloroquine in earlier months, and said: “A dearth of the product [in case of a furore] could stop us from doing a prompt and good trial.”

Professor Déprez continued: “The aim [with this drug] is to produce a scientifically-irreproachable product, not to grasp at a commercial objective.”

Yet, if the trials prove successful, it could be a much-needed boost to the institute, which is currently losing around €3-4million per year.