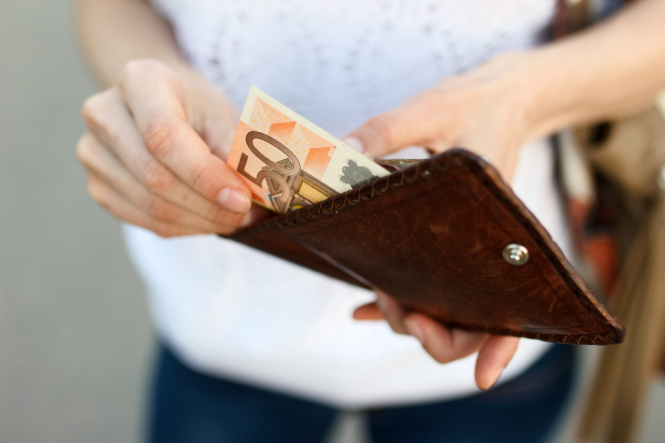 66% of people said they were using less heating and hot water to save money Pic: Andrei Korzhyts / Shutterstock

As fuel and food prices have been rising for months, a new survey* has found that three quarters of people in France think that their spending power has gone down this year.

Some 90% of people said that reduced spending power was a significant concern in their life, with spending on petrol and diesel judged the hardest cost to bear for 44% of people.

This was followed by spending on gas for heating, taxes and fuel.

The majority of people asked said they had changed their living habits to compensate for increasing energy prices, with 66% saying they were using less heating and hot water and 58% spending less on trips and hobbies.

While the 2021 survey results seem high, the percentages were actually lower than in some previous years.

In 2018, the same year the gilets jaunes protests began, 86% of people in France said they felt their spending power had decreased in the past 12 months and in 2019, 83% said the same.

Minister says high prices will last until end of 2022

This comes as Economy Minister Bruno Le Maire has said price increases for many goods will last until the end of 2022.

Speaking to BFMTV on October 20, Mr Le Maire said: “People keep on saying that the increases are temporary, and that depends on what you understand temporary to mean.

“I don’t see there being any improvement before the end of 2022, at best.”

He said this was due to global supply chain and transportation issues caused by the Covid pandemic that have impacted prices for a wide range of goods.

Read more: Which products are – or could be – hit by stock shortages in France?

Asked what steps the government should take to combat rising petrol prices, the minister said he was in favour of targeted financial aid for households experiencing difficulty rather than a general tax decrease.

He said: “The aid must go to those who have no other choice but to use their car to go to work or look for work. It is the state’s responsibility to protect people.”

Other government sources have suggested that people who do not work, such as parents who drive their children to school, could also be eligible for financial aid, but Mr Le Maire said it should go to employees, the self-employed, civil servants and job-seekers.

An official announcement from the government is expected at the end of this week.

France considers petrol cheques: What are they, who would benefit?