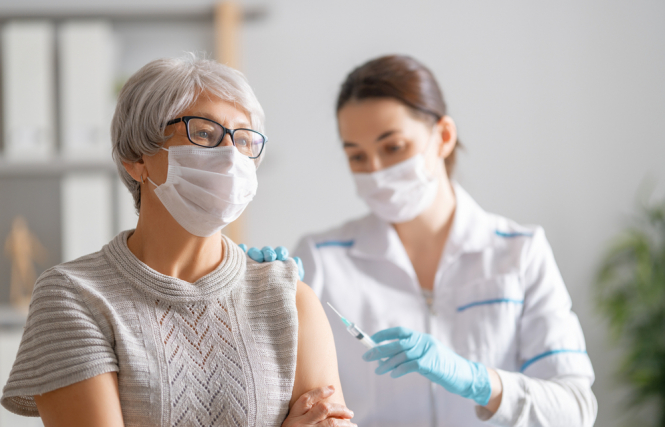 Around 90% of 12 - 100 year olds have to be vaccinated for France to achieve herd immunity the head of the government's vaccination advisory board has said.

Immunologist Professor Alain Fischer said this was an “arithmetical imperative” and “especially if the Indian variant, which is more contagious, became dominant it would mean a higher percentage would be needed to achieve group immunity.

“The vaccine’s effectiveness in teenagers is almost 100%, so research is being done to see if it might not be more appropriate to give just one dose,“ the professor added in an interview with the newspaper Le Journal Du dimanche yesterday (June 13).

Prime Minister Jean Castex announced on June 11 that the symbolic threshold of 30 million French people who had received a first dose had been exceeded – three days ahead of target.

It is a “beautiful symbol,” said Prof Fischer. “But it seems more telling to me to reason from the number of French people protected.” He estimates that there are now 32 million people who are protected.

“If we add people who are fully vaccinated, those who have received a dose for at least 15 days and are therefore already partially immune, those who have natural immunity after having had Covid, we come to around 32 million.

“This means that almost half of the population is protected. Group immunity is just on on the horizon,“ said Prof. Fischer.

“It is like a marathon of which we have already run two-thirds. We know that the last will be difficult.”

He added that the objective of herd immunity remains an essential one.

“The oldest and people who are fragile understood that Covid was a risk for them. However we must continue our efforts.”

As for young people aged 18-45 “if they are massively vaccinated, social distancing measures will be lifted faster, otherwise we would be stuck in a grey area of restrictive measures and reopening going back and forth,” he added.

The number of Covid-19 patients in intensive care in hospital fell to under 3,000 at the weekend, the lowest level since October 2020.

Four ways to get your French online vaccination certificate