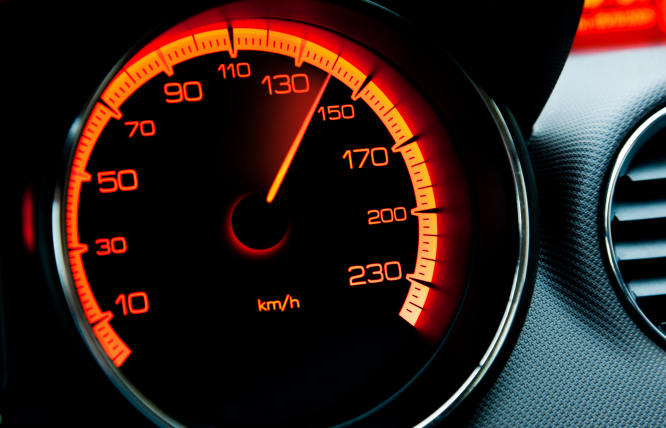 When drivers go over the speed limit they will see and hear an alarm, and the car will automatically slow down Pic: melhijab / Shutterstock

All new cars in France are to be built with Intelligent Speed ​​Adaptation (ISA) as standard from July 1, 2022, under a new law voted in by the European Parliament.

ISA (AIV in French) uses artificial intelligence to identify the speed limit on the road the car is travelling on using cameras which can read speed signs. This data is then cross-referenced with GPS systems in the car that can identify its precise location.

If the driver goes over the limit, the car will give a visual and audio alert and the car will automatically start to slow down.

If this happens, adding pressure to the accelerator will become more difficult as the pedal will vibrate when the driver tries to do so.

However, it will still be possible to accelerate, and drivers will also have the option of deactivating the ISA system.

The new system has been welcomed by road safety campaigners.

She told FranceInfo: "When you know that lowering the average speed by 1% systematically leads to 4% fewer people being killed, we think that this will actually reduce the number of deaths on our roads. It's a very big step.”

But while the system has been introduced as a tool to help drivers stick to the speed limit, the idea is unpopular with some.

Representative from drivers’ association 40 Millions d’automobilistes, Pierre Chasseray, told France Bleu the new technology could be unworkable if it causes “braking that happens too suddenly” or because “road signs are not always up-to-date with real speed limits”.