Alsace returns to the map of France 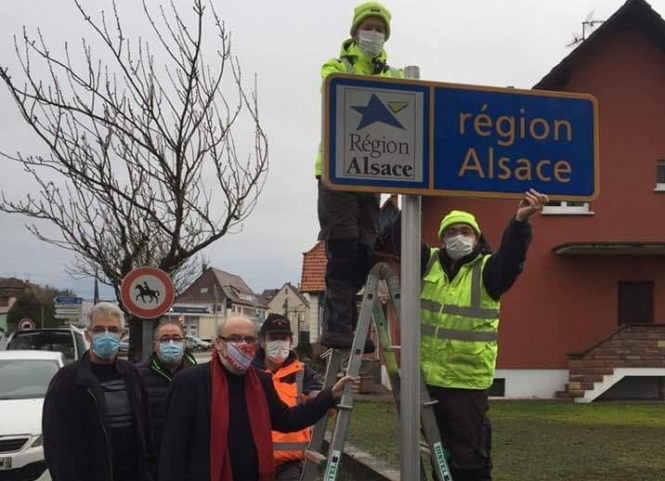 The name of the region of Alsace is set to return to the map – and local politics – on January 1, with the creation of ‘the European Collectivity of Alsace’.

And one mayor has decided not to wait until that auspicious day to unveil a new sign proudly bearing the historic name.

Alsace, having disappeared with the reform of the French regions in 2014 when it merged with Champagne-Ardenne and Lorraine to form the Grand Est region, is back as a new kind of structure - and a first for France.

In local politics, the change means the departmental councils of Bas-Rhin and Haut-Rhin will merge and form a new council for Alsace, though nothing will change for central government administration, with prefectures for the two areas remaining.

New signs will be installed in early 2021 to reflect the new area.

But Jean-Michel Fetsch, mayor of Lauterbourg, a village in the Bas-Rhin on the border with Germany, decided he could not wait until Friday and has symbolically reinstalled an old "Alsace region" sign that he had kept when the name was formally removed from the map of France.

Elections for this new council are scheduled for March - but may be delayed depending on the health situation. Its role will cover the same areas as the former councils but will also include cross-border and European relations, as it is situated on the border with Germany and at the heart of the European continent. It will be responsible for national and departmental roads in its area.