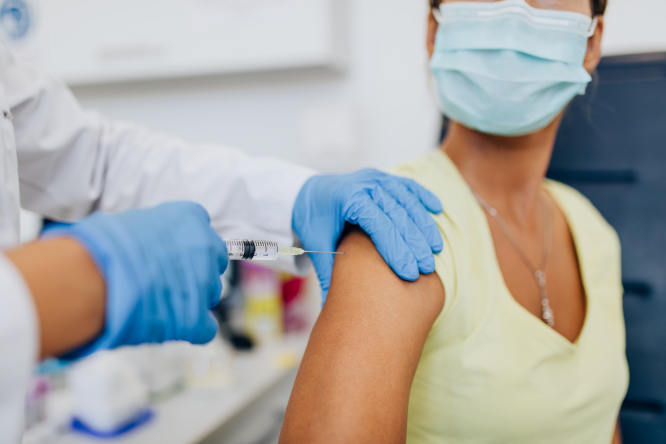 The low Covid-19 vaccination rate in French overseas territories “will cause deaths upon deaths” Health Minister Olivier Véran said at a press conference yesterday (August 26) during which he denounced anti-vax attitudes.

“No, RNA messenger vaccines do not change human genomes. No, the vaccine does not impact female fertility,” he said, adding that a “substantial portion of the French population doubt the vaccine and think that there are other methods of fighting the virus”.

The health minister challenged this attitude: “Fear of the virus, yes; fear of the vaccine, no.”

In France 83% of eligible people* have now received a first vaccine dose and 73.7% are fully vaccinated, figures from the data tracking site CovidTracker show.

In French overseas territories these rates drop dramatically. The percentage of the population that has received a first dose is 25.12% in Guadeloupe, 26.12% in Martinique, 27.05% in French Guiana, and 35.41% in Mayotte.

Réunion has the highest vaccine rate of any overseas territory at 50.6%.

Mr Véran said that in mainland France “massive vaccination rates have allowed us to avoid the worst” as the fourth wave that began in July has been “an epidemic that has killed the unvaccinated above all. Hospitals are filled with unvaccinated people”.

Fourth wave stabilising but not over

In mainland France, the fourth wave has hit hardest in regions in the south, which tend to have slightly lower rates of vaccination.

Mr Véran said situation in hospitals was still “strained in some areas, notably in Bouches-du-Rhône and the Occitanie region”.

However, overall figures are stabilising. Nationally, daily cases have fallen to around 20,000, and the health minister said there are currently around 11,000 patients with Covid in hospital and 2,200 in intensive care.

He said: “The latest models from the Institut Pasteur indicate a stabilisation for the days and weeks to come.”

France’s fourth wave has been notably smaller than its predecessors, a result Mr Véran put down to vaccination rates rising steadily since mid-March.

“If we hadn’t been able to count on the vaccine, the fourth wave could have been worse with tens of thousands of extra cases per day and large amounts of serious cases. Hospitals could have been overwhelmed in weeks.

“That didn’t happen, and we have good reason to believe that will not happen,” he said.

The health minister said he expected France to hit the milestone of giving 50million first vaccinations in the first week of September.

In total, 57million people aged over 12 are eligible for vaccination in France.

*Eligible people in France for Covid-19 vaccinations are: everyone aged 12 and above excluding individuals who have medical condition that prevent vaccination