Do not disturb hibernating bats expert in France advises 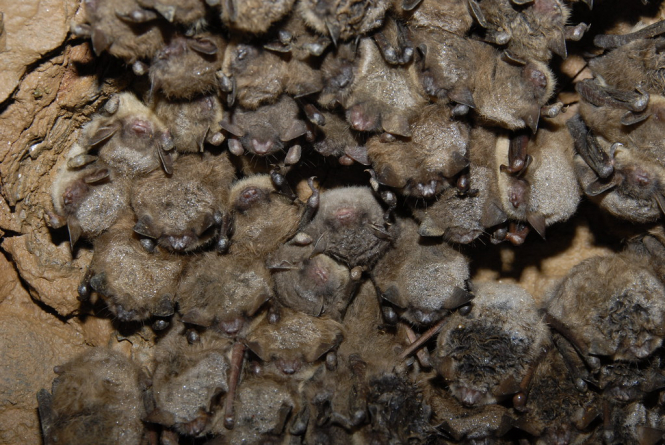 Bats often congregate in damp, dark areas, such as cellars, attics and basements - especially when they are hibernating
By Hannah Thompson

Residents in France are warned to be alert to bats after several have been spotted hibernating in people’s homes.

Bat specialist Antoine Roche has reported a rise in calls from homeowners in the Haute-Vienne region in southwest-central France, after residents spotted the bats hibernating in dark, damp areas of their homes, such as in basements, attics, or cellars.

In August 2019, a man died in the Limoges CHU hospital after being bitten by a bat, and was later found by the Necker hospital in Paris to have contracted a form of the rabies virus from animals living in his attic.

Bats in this area of France tend to be quite small, and hang upside down in damp and dark areas. They eat insects, and will usually have no reason to bite a human.

The only time they are likely to bite is if they feel threatened, for example if a human tries to catch a bat with their hands.

Mr Roche told FranceInfo: “That is why we should never try to catch or pick up a bat, or any wild animal, with our bare hands.”

He added: “Currently, the bats are in hibernation, so we should disturb them as little as possible.”

In case of a bite from a wild animal you are advised to contact your GP immediately, and to head to your nearest medical centre as soon as possible.

New ‘edible’ forest to be created in south-west France