Bayeux Tapestry to go on display in UK 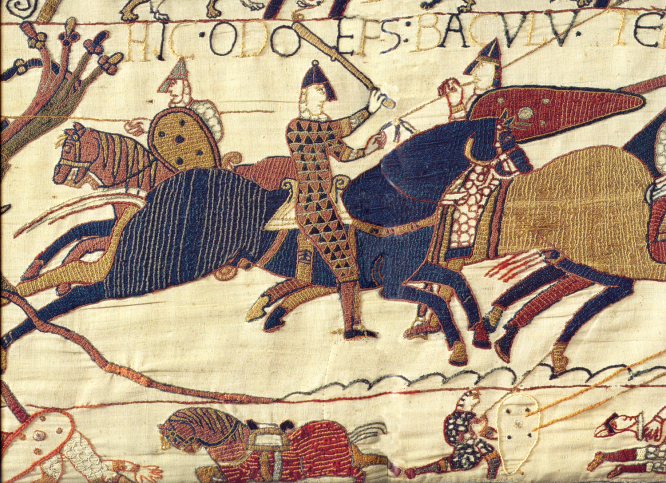 The Bayeux Tapestry is set to be displayed in Britain for the first time in 950 years.

The agreement was made after "months of talks between culture department officials in London and Paris" but it has not yet been decided where in the UK the tapestry will be displayed. It is the first time France has agreed, in principle, to the historic artwork leaving the country.

Possible locations for the the historical artefact to go on display include British Museum, Westminster Abbey or Canterbury Cathedral. Bookmaker Ladbrokes is also offering 8/1 odds on it being displayed in Hastings, and 16-1 on Battle.

President Emmanuel Macron is expected to announce the proposed loan - which is listed on the UN's World Memory register - during a visit to the UK for talks with Prime Minister Theresa May on Thursday, as France and the UK seek to strengthen bilateral ties ahead of Brexit.

The director of the Bayeux Museum in Normandy - where the work is currently based - has confirmed preparations were under way for it to be moved.

Tests will be carried out to ensure the delicate embroidery - the Bayeux Tapestry is not actually a tapestry - can be moved without damaging it. It could be as long as five years before it arrives in the UK. That 2022 date coincides with the closure of the Bayeux museum, where it is permanently housed, for refurbishment.

Talks between Mr Macron and Mrs May will also focus on issues such as security at Calais, climate change, air pollution and cyber threats.