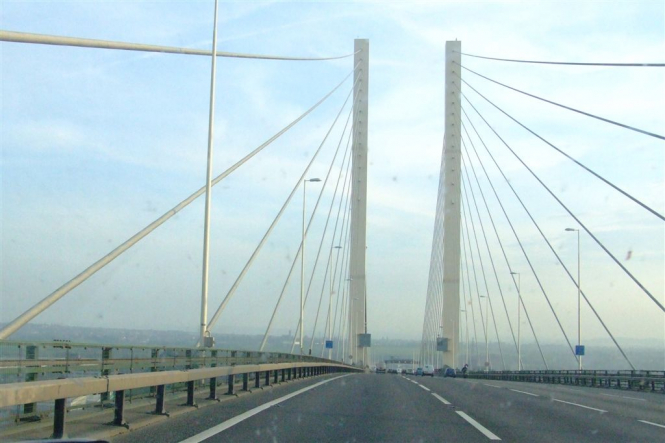 Boris Johnson has suggested Britain and France work together to build a bridge over the Channel.

The UK's Foreign Secretary said he wanted to improve links between the two countries, explaining it was "ridiculous" that two of the world's largest economies were connected by rail alone.

So much important work in #UKFRSummit outcomes, but I'm especially pleased we are establishing a panel of experts to look at major projects together. Our economic success depends on good infrastructure and good connections. Should the Channel Tunnel be just a first step?

French President Emmanuel Macron, in the UK for talks with Prime Minister Theresa May at Sandhurst, was reportedly open to the idea.

Mr Macron and Mrs May reached deal to renew the Le Touquet agreement that will see the UK pay an additional £44.5million to help police the Calais border, and take more unaccompanied child migrants.

After the summit, a joint statement praised the UK and France's "long history of collaboration in delivering cutting-edge technologies".

"Whether pioneering supersonic travel or better connecting our countries through the Channel Tunnel, co-operation between our nations has produced radical innovation."

And Mr Johnson tweeted a photograph of himself with Mr Macron.

Plans for a Channel bridge were submitted in 1981, but dismissed as impractical due to the difficulties it would cause for vessels navigating busy shipping lanes, not to mention the difficulties of drivers switching to drive on the other side of the road.