Brexit: New rules for importing a UK car to France 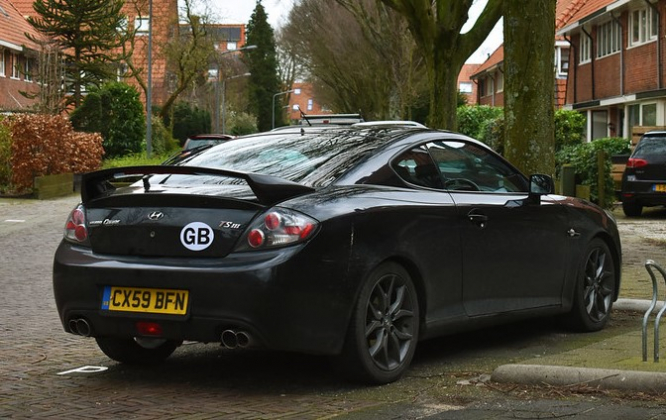 What is the likely impact of full Brexit on importing a UK car into France in terms of re-registering here in France? Will it need a check by ‘les mines’?

There are several implications of full Brexit on bringing a UK car to France and registering it with French plates.

Firstly French VAT at 20% may be payable on a car imported from a non-EU country. In theory import customs duties of 10% could also be due if the car was not made in the UK, under the rules of origin regulations in the Brexit future relationship deal.

However these levies do not apply in the case of bringing a car during a move of main residence to France, as long as you include the car on an inventory of items that you are bringing with you to present to the Douanes (customs) office on arrival in France (we are looking at this issue further in the March edition of The Connexion).

This exemption can apply for the first 12 months after moving as long as the car was listed on the original inventory.

Note that Britons moving to France with a car should apply to register it with French plates within a month of the move.

UK MOTs will no longer be acceptable for re-registering a car, so a French contrôle technique as part of the supporting documents will be required.

Cars without a European certificate of conformity from the manufacturer may now need to undergo checks for conformity for use in France by a service called the Dreal. This is what used to be called the service des mines.

Mark Stevens of The English Car Mechanics firm in Opio, Alpes-Maritimes said cars coming from the UK are now treated similarly to a car imported from America – including VAT being payable – making it less attractive to do (note however the exemption on transfer of residence mentioned above).

“It’s really less stress to just buy a car in France," he said.

“I have had customers stopped at the border in France and told to pay import VAT on the value they say the car is worth.

“And then if the car does not conform to French standards, you could end up paying anything from €3,000 to €15,000 to get it registered in France.”

France is no longer recognising certificates of conformity issued in the UK, Mr Stevens said, so assuming your car is of a fairly standard European variety he said you should obtain one from the relevant manufacturer in France, in French.

“You need, for example, to ask the manufacturer in Paris for the paper, for which they will probably charge from around €300 to up to €2,000.

“But if it doesn’t conform you are in trouble. Even if it passes the Dreal [an official agency at regional level] then they may require extra checks by Utac [a private testing organisation]. They charge €1,800 just to test the car and if it fails you have to pay again and take the car to Paris to have another test done.

“I’m doing one at the moment – it is costing my customer €15,000 to get his Audi 4x4 put on French plates because it came from America and it doesn’t conform.

“It has always been difficult to bring cars from outside the EU. It’s not just the time, but also the cost, it can take a year or even two to get it registered.

“But if it does conform – it’s a normal kind like a Ford Fiesta with nothing special about it – you can get it changed over in three months and it might only cost €1,000, but that’s the minimum.

“Bear in mind too that the newer the car and bigger the engine the more it will cost for the carte grise [registration document] in France. For a Ferrari or Lamborghini it can cost €25,000-35,000 just to get new papers in your name.”

Brexit: Bringing furniture from UK to France for second home

Brexit: Receiving a gift sent from UK to France